Some lucky skywatchers in Southeast Asia saw the moon pass in front of Mars on Saturday, April 17, 2021. Check out these images from EarthSky readers! 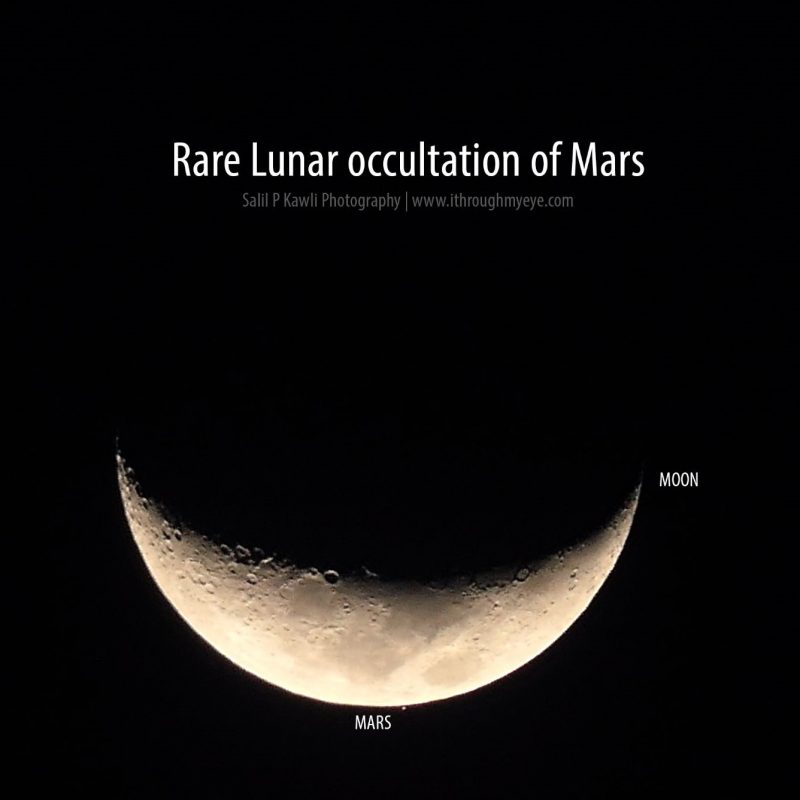 Lucky residents of southeast Asia got a chance to watch the moon pass in front of the red planet Mars on April 17, 2021. Astronomers call this event an occultation. The occultation of Mars was captured by EarthSky friends and photographers in India. Mars slipped under the unlit limb of the moon, disappearing behind Earth’s satellite for approximately 30 minutes, before reappearing from under the lit crescent portion of the moon.

The moon occults Mars every so often, but not many of these events are easy to see. You have to be at the right spot on the globe for the two objects to align just right from your point of view, much like an eclipse of the sun. In addition, it needs to be nighttime so that you can see the small dot of Mars as it disappears behind the moon, and Mars and the moon must both be above the horizon. Therefore, the recent lunar occultation of Mars was a lucky sight indeed. 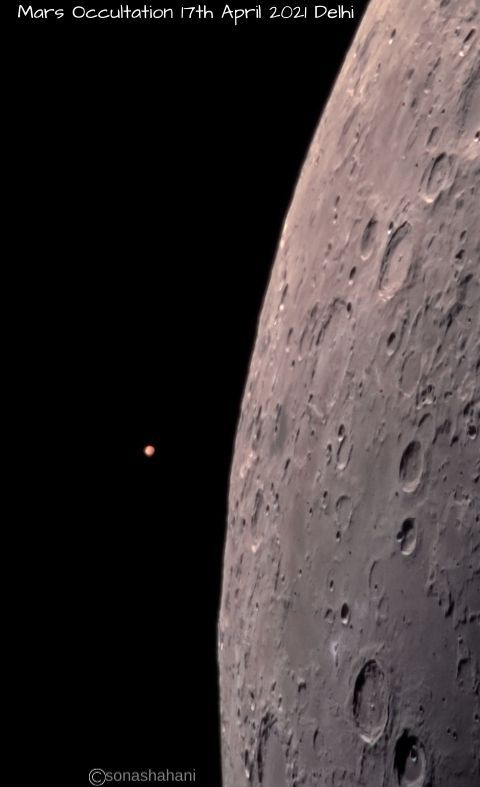 View at EarthSky Community Photos. | Sona Shahani in New Delhi, India, captured this photo of the occultation on April 17, 2021. Sona wrote: “Moon and Mars occultation: A rare event visible across India … I set up on my rooftop (under lockdown, there’s nowhere to travel to). Was lucky enough to capture the reappearance of Mars! What a sight it was, unforgettable and so thrilling, hope you enjoy the image! Clear skies!” Thank you, Sona! 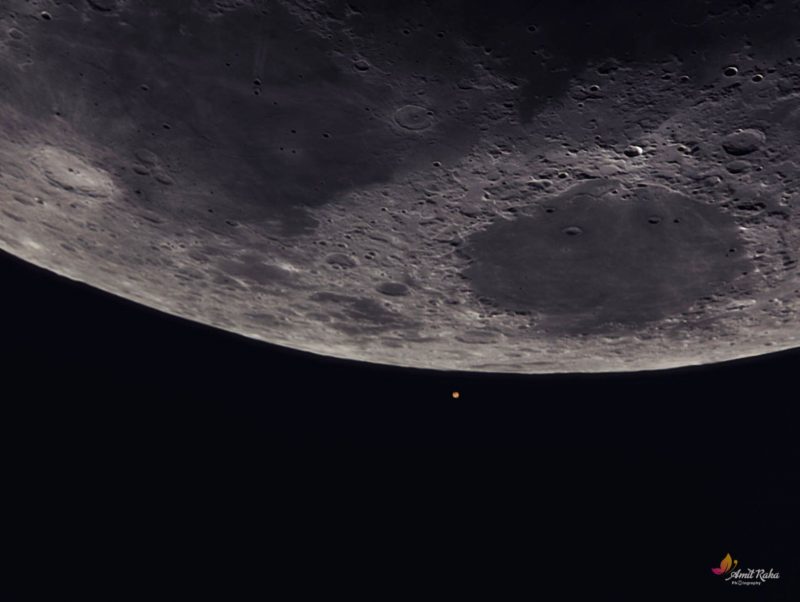 View at EarthSky Community Photos. | Amit Raka in Aurangabad, Maharashtra, India, captured this photo of the occultation of Mars on April 17, 2021. He wrote: “The image was made out of a video captured on the evening of 17 April 2021 It was cloudy and hazy as soon the event started. In the window of clouds rolling in, I took some shots and also have taken some shots when clouds rolled in. It was amazing to see the 2 celestial bodies moving in the same direction yet with different speed, it made an illusion of Mars rising from behind the moon and it was amazing to witness this event. This was shot from a city so we have light pollution here which hinders the clarity and details of the images. Input frames in video were 305, it was a very short video as Mars was moving relatively very fast, which would have created a drift in the image.” Thank you, Amit!

Bottom line: Some lucky sky watchers saw the moon pass in front of Mars on Saturday, and photographers shared their images with EarthSky readers!