Thunderstorms in the desert are beautiful. Chris Tinker captured this one at North America’s lowest point in elevation, Badwater Basin in Death Valley. 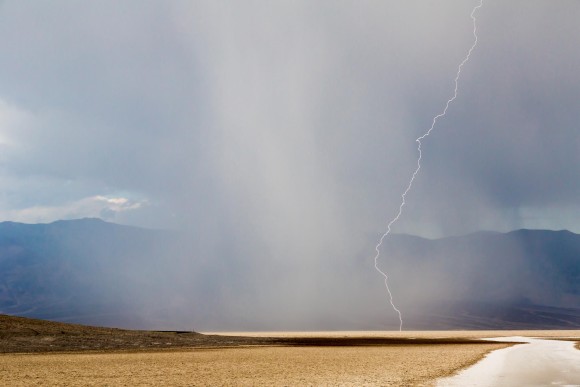 Photo taken by Chris Tinker on July 6, 2013 at Badwater Basin in Death Valley.

Death Valley’s Badwater Basin is indeed North America’s point of the lowest elevation. Interestingly, it’s just 84.6 miles (136.2 km) east-southeast of Mount Whitney, the highest point in the contiguous United States with an elevation of 14,505 feet (4,421 m). Located in eastern California in the Mojave Desert, Death Valley itself is the lowest, hottest and driest part of North America.