NGC 6503 resides at the edge of a strangely empty patch of space called the Local Void. 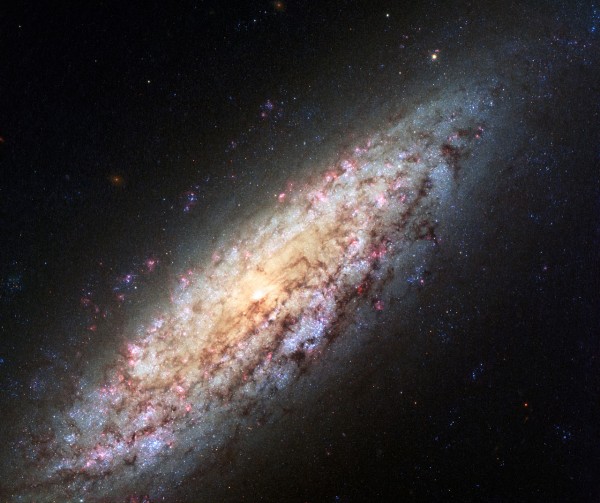 Here is a new image of lonely galaxy NGC 6503, located some 18 million light-years from our Milky Way, in the direction of what we see as the constellation Draco the Dragon. It is one of our Milky Way’s closest neighbors, and belongs to our Local Group of galaxies. Yet you might consider it “lonely” because it resides on the edge of a patch of space – some 150 million light-years across – that seems to be curiously devoid of galaxies.

This empty region is known as the Local Void.

It’s relatively empty, and yet its very emptiness affects our Milky Way. Astronomers using the Hubble Space Telescope discovered the Milky Way is being strongly pulled away from the Local Void by the gentle but relentless gravitational tug of galaxies in other parts of space.