Line of ISS cuts through the moon

The International Space Station cuts a trail of light across the night sky. 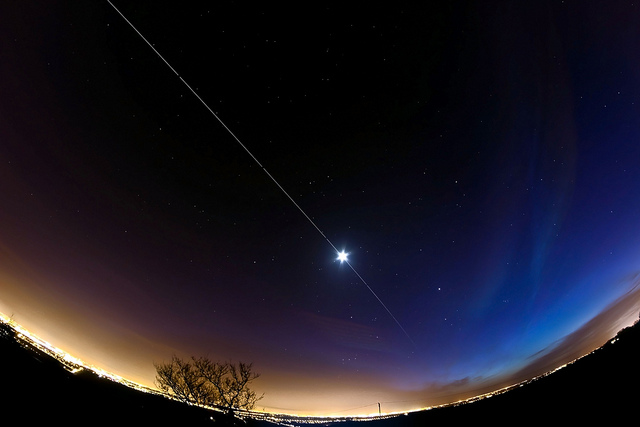 Our Google+ friend Dave Walker merged seven 30-second shots together to compose this image of the International Space Station (ISS) as it cut through the night sky earlier this week. Dave said it was taken with a Canon 600D, Samyang 8mm fish-eye lens, and Vixen Polarie.

We asked Dave if he knew the ISS would cut across the moon like that. He replied:

I knew the ISS was coming over last night (April 16), so just rushed out when the clouds cleared. It was a complete surprise that it crossed the path of the moon. Had I known that was going to happen, I may have tried to capture it close up, but I think in the end I got the better, more unusual shot.?