Lightning over Jenne Farm in Vermont

This farm in Vermont has made an appearance on posters, notecards, calendars, magazine covers, and in movies such as Forrest Gump. 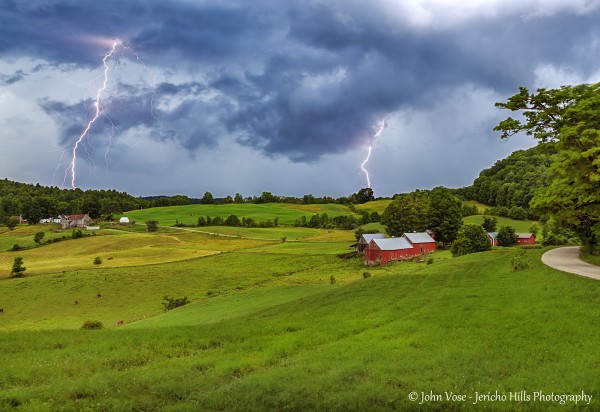 I was watching large storms building along the western edge of Vermont. There was a particularly large cell with frequent lightning on a path that would have it cross right over the world-famous Jenne Farm in Reading, Vermont.

I raced to the farm and arrived just as the storm started to pass through. I was able to catch several lightning strikes before the torrential rain and wind gusts forced me to seek shelter. 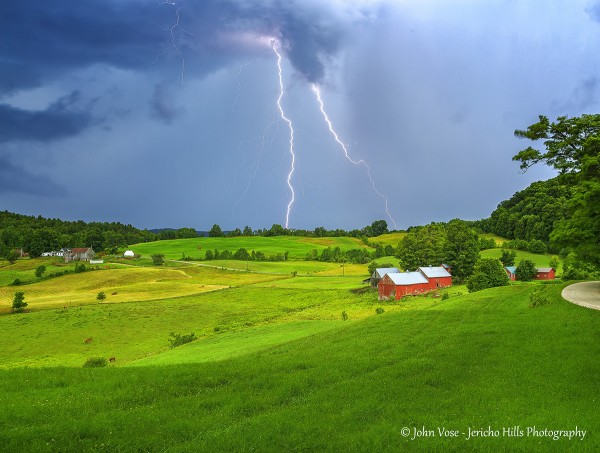