A laser shoots into the sky to study the atmosphere at Concordia research station in Antarctica. 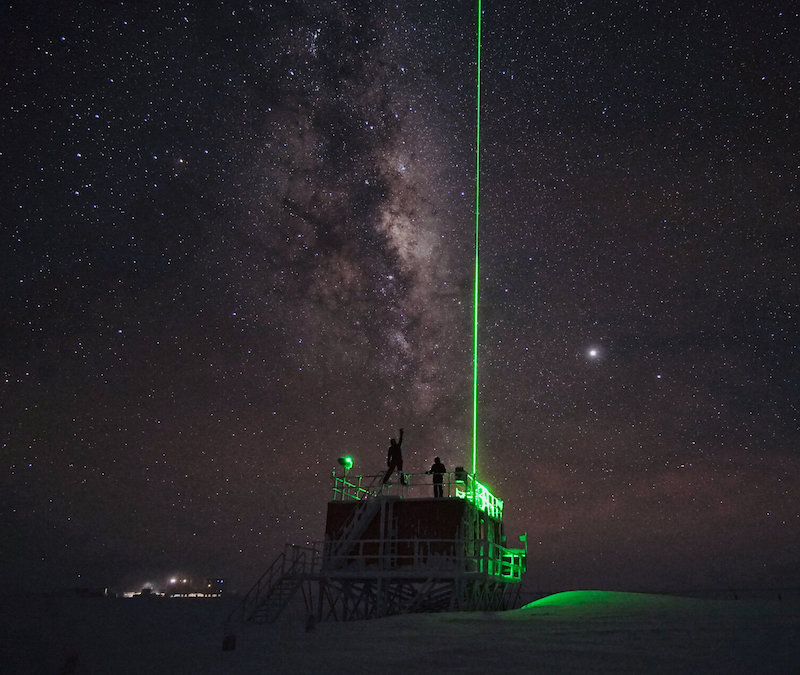 On Monday (August 4, 2020) the European Space Agency (ESA) released this image of a laser shooting into the sky to study the atmosphere at Concordia Research Station in Antarctica.

The Light Detection and Ranging instrument, or LIDAR, measures distances by aiming a pulsed laser beam at a target, and then records properties of the resulting scattered light with special sensors. Researchers use the measurements to collect information about the atmosphere, including density, temperature, wind speed, cloud formation and aerosol particles. 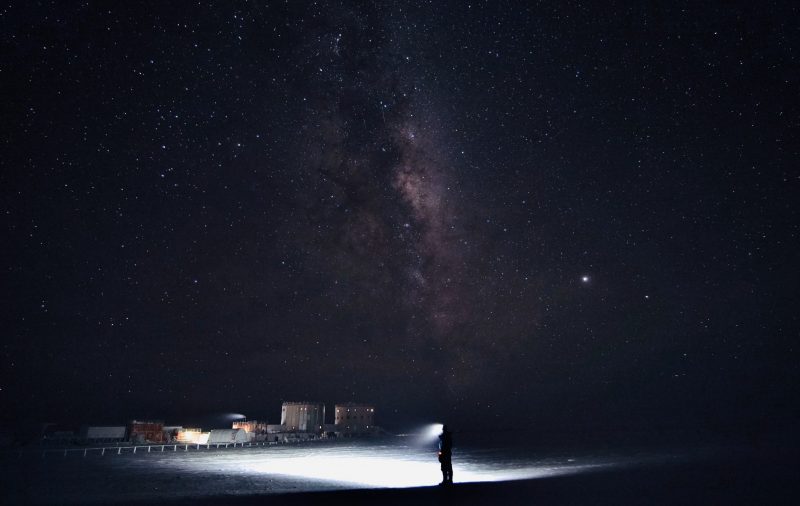 Concordia Research Station in July 2020. While hints of daylight can be spotted on the horizon around noon, there won’t be any sun for another 1 1/2 months. Read more on the Concordia blog. Image via ESA/ IPEV/ PNRA–S. Thoolen

The Concordia Research Station operates 2 LIDAR instruments. The one imaged is the smaller one, located 1,600 feet (500 meters) south of the station. A laser beam is emitted daily for 1 minute every 5 minutes at this time of year – Southern Hemisphere winter.

The station uses both LIDAR and SONAR (sonic detection and ranging) instruments to monitor the atmospheric boundary layer, the .6 mile (1 km) thick bottom layer of the troposphere where changes on Earth’s surface strongly influence temperature, moisture and wind. According to an ESA statement:

These changes to Earth’s surface are largely caused by human activity. Increased greenhouse gas emissions are raising temperatures and the release of chlorofluorocarbons is thinning the ozone layer, particularly in the polar regions.

Bottom line: ESA image of a LIDAR laser shooting into the sky to study the atmosphere at Concordia research station in Antarctica.