First quarter moon – when the moon appears half illuminated – comes on April 18. Last night, the line between light and dark on the moon was very slightly curved. 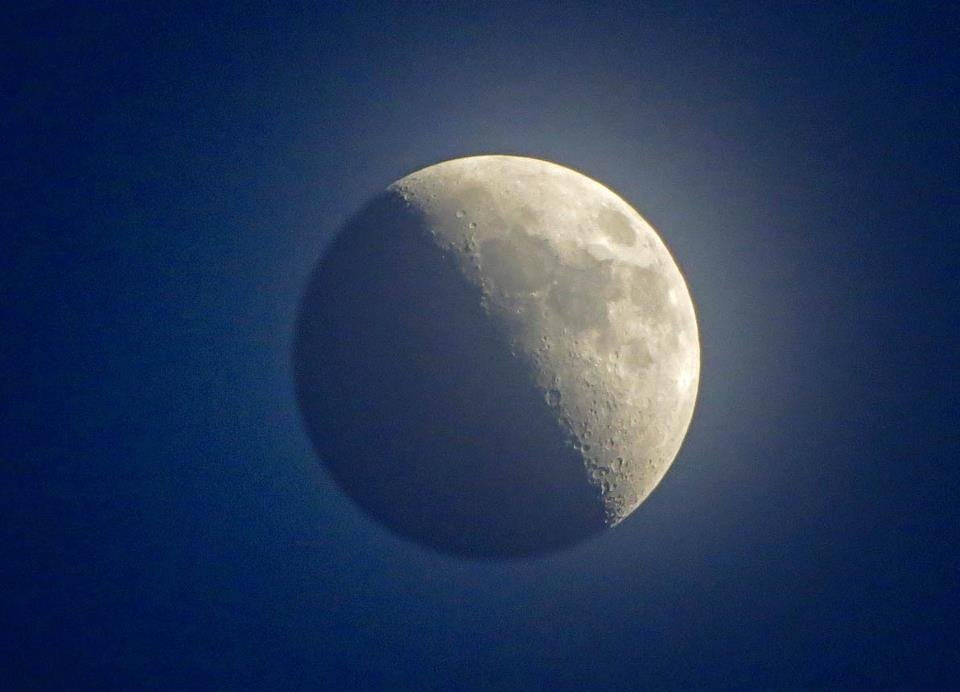 Our friend Duke Marsh of New Albany, Indiana posted this photo on EarthSky’s Facebook page overnight last night. It’s a masterful image of a nearly first quarter moon in a hazy sky on April 17, 2013. We’ve asked Duke for more details on how he captured this image and will post here when he responds, probably later today.

Also, it’s unusual to see such a widely illuminated moon showing so much light on its darkened portion, or night side. Maybe Duke will tell us later today how he managed to captured so much light on the moon’s night side! For now … enjoy this beautiful image.