The moon is now moving through a region of sky filled with bright stars. On January 11, the moon was near two star clusters, the Hyades and the Pleiades. 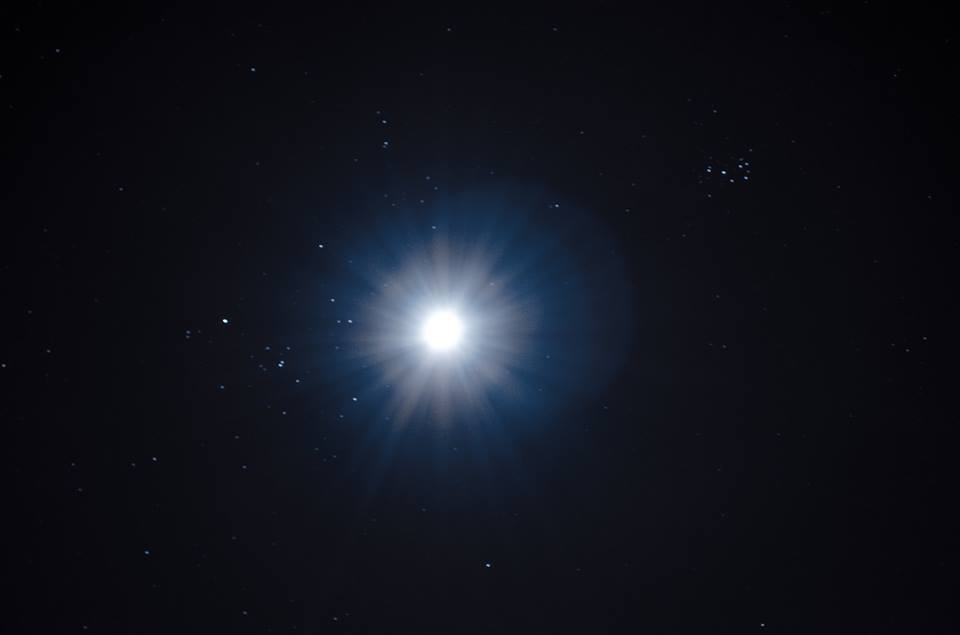 View larger. | EarthSky Facebook friend Cath Cooper in the U.K. captured this beautiful photo of the moon on January 11, 2014. See the V-shaped pattern? It is a star cluster, which we call the Hyades. The bright star in the V is not part of the cluster. That star is called Aldebaran. The dipper-shaped Pleiades star cluster is also nearby.

Use moon and stars to imagine Pioneer 10 in space January 12. Jupiter nearby.

Moon moving toward Jupiter on January 13

Close pairing of moon and Jupiter on January 14