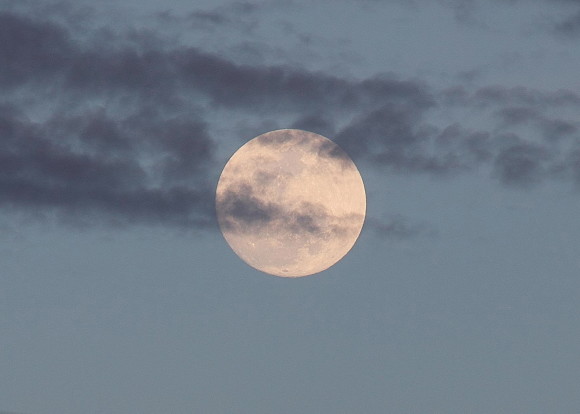 Our friend Steve Pauken captured this beautiful photo of last night’s moon as seen from Arizona. The moon looked round and full in the sky last night, but the actual crest of the moon’s full phase comes today – April 25, 2013 – at 19:57 UTC or 2:57 p.m. Central Standard Time.

And with this full moon comes a partial lunar eclipse visible in some parts of the world, but unfortunately not for North America. As seen from North America, the eclipse will be happening during the day today (early afternoon for the central U.S.), when the moon is below our horizon. 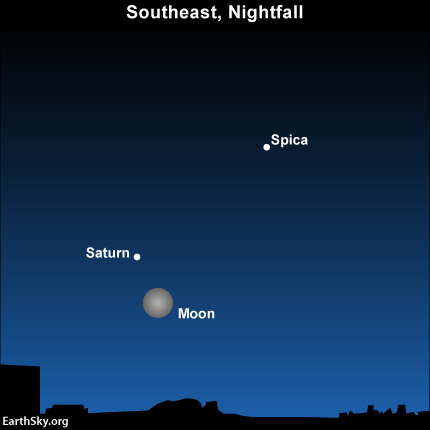 On the night of April 25, 2013 – the night of the partial lunar eclipse – the bright object near the moon is the planet Saturn.

The good news is that everyone – in all parts of the world – can enjoy the sight of a full moon tonight, and the bright object near tonight’s moon is the planet Saturn.