As seen from Rio de Janeiro, Brazil on January 4, Earth reached its closest point to the sun just 40 minutes before the sun reached its highest daily position in Rio`s sky … 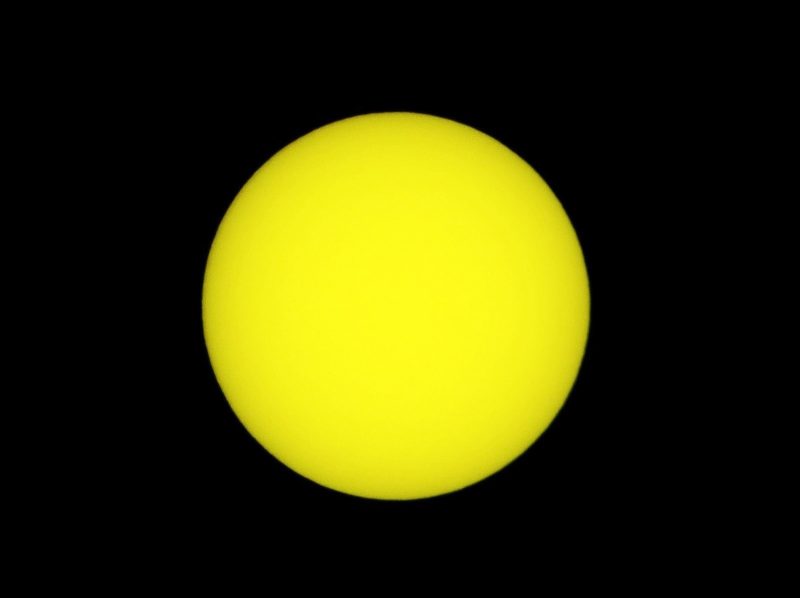 Just an ordinary photo of the sun? Indeed, it looks so. But not quite, considering it shows the largest (and closest), the highest and also the cleanest sun possible!

Today, January 4, 2017 at 14:18 UTC Earth reached its closest point relatively to the sun (perihelion). Only 40 minutes later, the sun was reaching its highest daily position in Rio`s sky, 89.7° (missing the zenith by only 0.3°), since the city is located near the Tropic of Capricorn. On January 1st, only 3 days ago, it did culminate at the zenith (90.0° altitude).

In addition to that, no major sunspot was visible today, so that the sun`s disk was practically blank.

What an amazing heliocentric configuration!

And – for those who might not think of it – it’s also just a few weeks past summer solstice in that part of the world, and so still the height of summer. Thanks for sharing, Helio!

By the way, although there was no visible spot on the sun that day, spacecraft using special equipment were able to see a huge, Earth-facing coronal hole on the sun the day before, January 3, 2017. Read more about the coronal hole.