After a period of few to no spots, a large sunspot group emerged on May 5. It has already produced an X-flare! 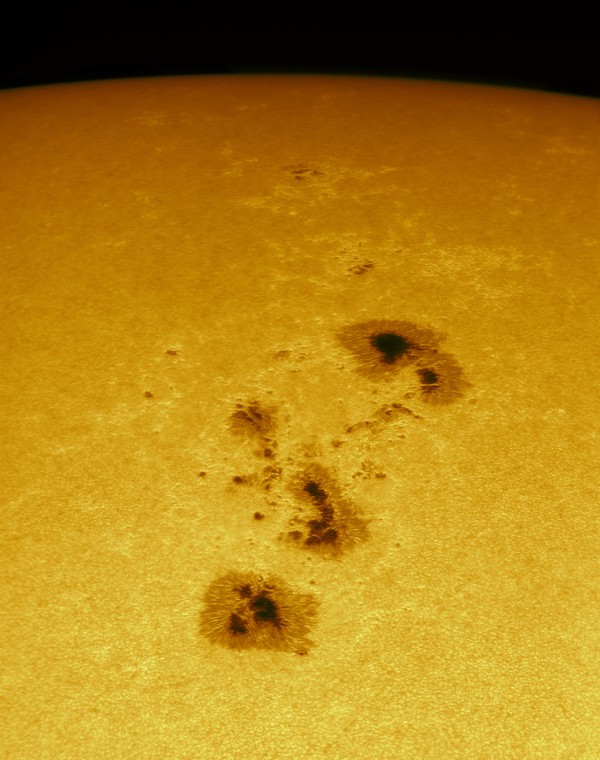 The current solar cycle – Cycle 24, which peaked last year – has been the weakest solar cycle recorded in over a century. During very active solar cycle peaks, the sun’s surface might be blemished with dozens or even hundreds of spots. Not so with the peak of this cycle, and, although we should still be seeing a large number of sunspots as this cycle goes into its decline, there was a day in late April when the sun showed no visible spots at all. So astronomers were glad to see this large sunspot region rotate into view on May 5. It quickly grew to a size many times larger than Earth. 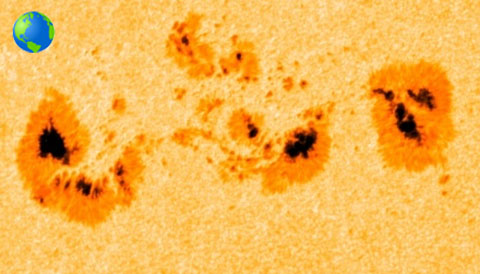 Just as it was coming into view, AR 2339 released a powerful X2-class solar flare.

That flare was associated with a coronal mass ejection (CME); however, the CME was not Earth-directed. Hence, no super auroral display, at least not caused by this sunspot grouping. 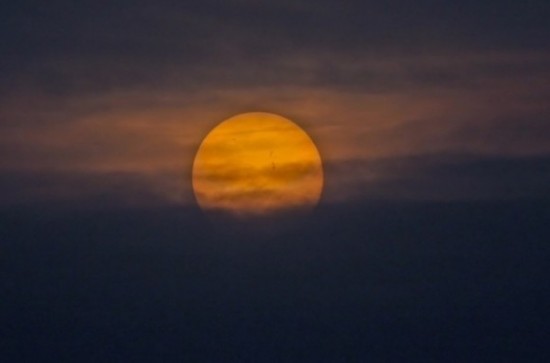 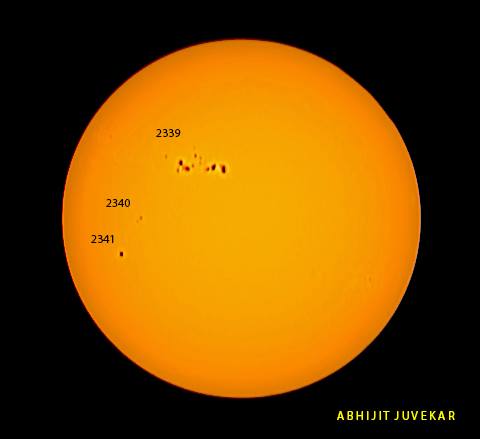 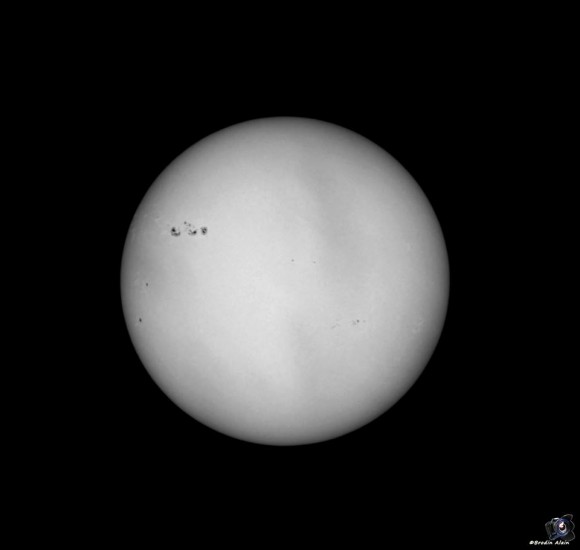 Bottom line: AR 2339 – a sunspot group many times larger than Earth – rotated into view on the sun on May 5, after a period of quiescence on the sun. It immediately produced an X-flare!