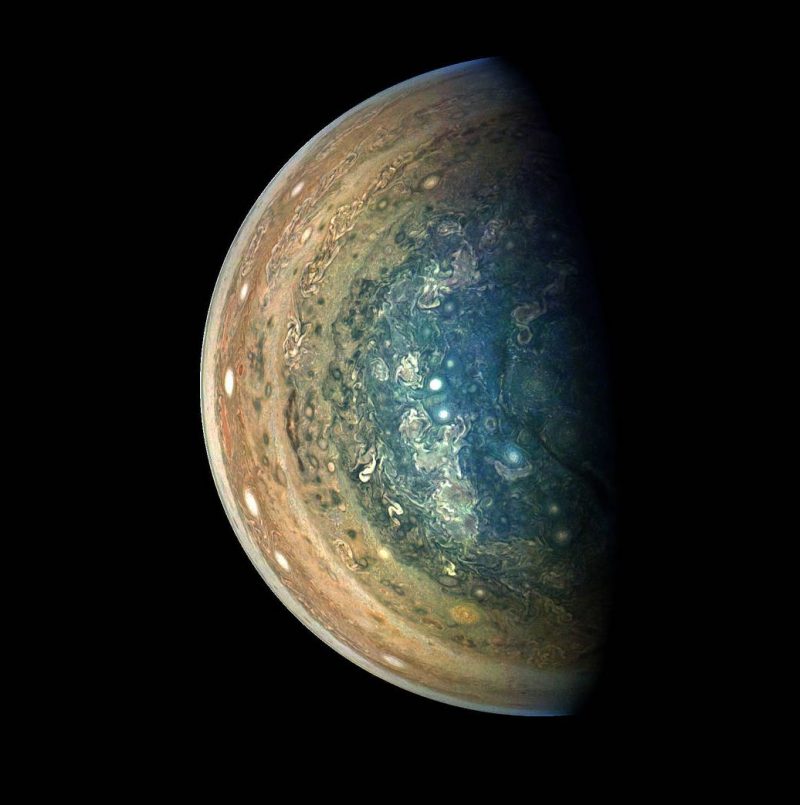 NASA’s Juno spacecraft captured this image of Jupiter’s swirling south polar region on December 16, 2017, as it neared completion of its 10th close flyby of the gas giant planet.

When the spacecraft captured this image, it was about 64,899 miles (104,446 km) from the tops of the clouds of the planet at a latitude of 83.9 degrees south — almost directly over Jupiter’s south pole.

Citizen scientist Gerald Eichstädt processed this image using data from the JunoCam imager. JunoCam’s raw images are available for the public to peruse and process into image products here.