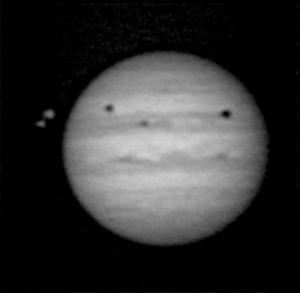 Jupiter with three moon shadows, photographed by Rudolf Hillebrecht before sunset(!) from Germany June 3, 2014.
Via Daniel Fischer (@cosmos4u) on Twitter.

Thank you! Your submission has been received!
Oops! Something went wrong while submitting the form.
END_OF_DOCUMENT_TOKEN_TO_BE_REPLACED