The endless dance of Jupiter and its moons

These little moons move continuously around Jupiter. Their pattern with respect to each other and the giant planet constantly changes. 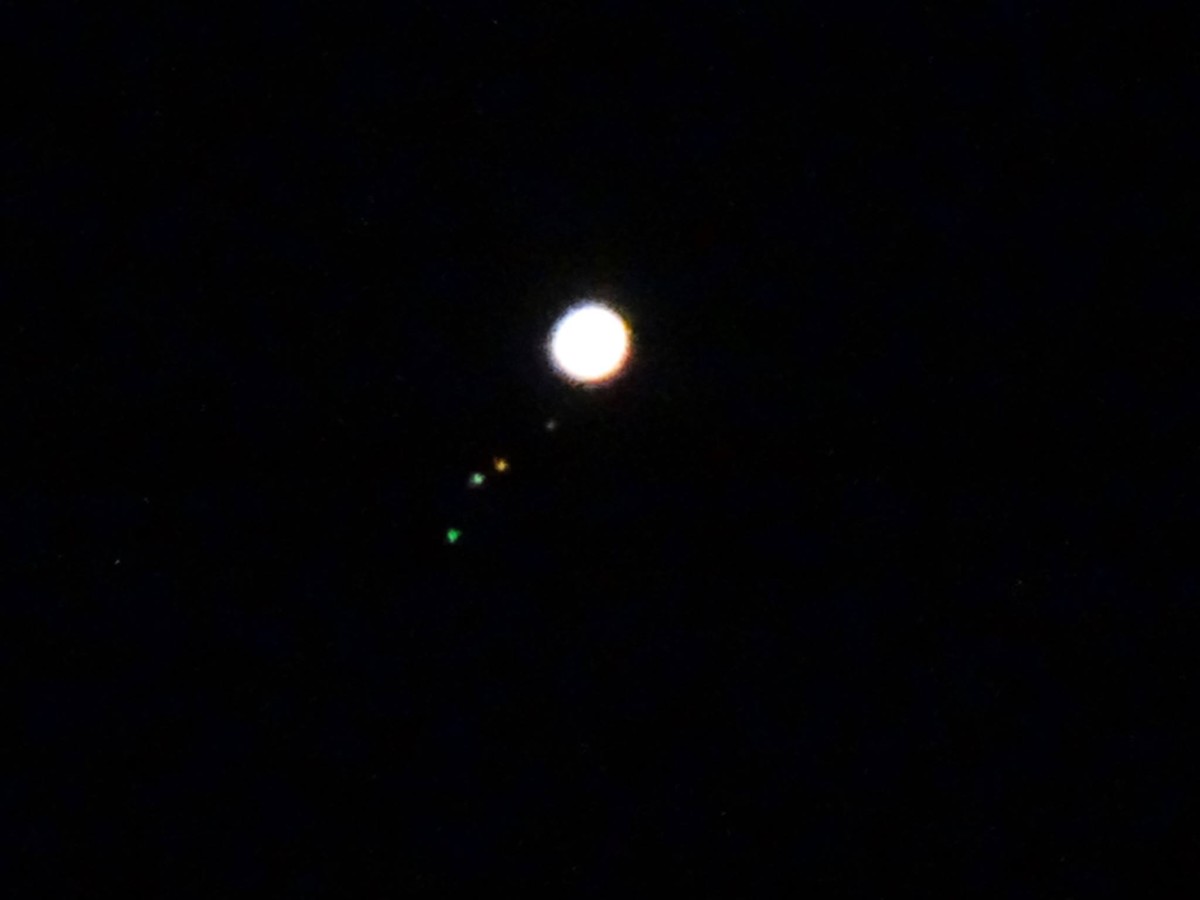 EarthSky Facebook friend Carl Galloway in La Porte, Indiana captured this graceful photo of Jupiter and its four largest moons – the four Galilean satellites – on the night of December 17, 2013. Thank you, Carl!

If you have the equipment to watch them, you can notice that the moons move continuously around Jupiter. Their pattern with respect to each other and the giant planet constantly change. Carl Galloway commented:

There’s an app called Jupiter’s Moons that actually shows the position of the moons at any given time, past, present or future. I use it to find out where the moons will be before I go out.

What equipment do you need to see them? Binoculars held steadily (mounted on a tripod, or even just braced on your knees or a car hood) will let you glimpse Jupiter’s moons. To watch them more carefully, you need a small telescope. To photograph, a variety of setups will work. Carl said: 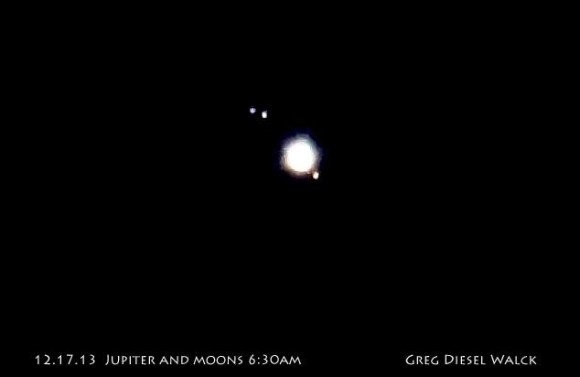 View larger. | Planet Jupiter and its four largest moons, on the morning of December 17, 2013, by GregDiesel Landscape Photography. This photo was taken half a day prior to the one above.

The shot above is also Jupiter and its moons, also taken on December 17, in the early morning hours of that day, from coastal North Carolina. So the shot above shows the pattern of the moons about 12 hours prior to the photo at the top of the page. Big change, right? GregDiesel Landscape Photography captured this photo with a 1200mm camera zoom. View his online gallery here. Thank you, GregDiesel!

By the way, Jupiter is near Earth’s moon tonight (December 18, 2013) on the sky’s dome. What special equipment do you need to see that? None at all. The moon and Jupiter are among the brightest objects in the sky. Read more: Moon and Jupiter rise as Venus sets early evening December 18.