EarthSky friends outdid themselves this weekend, taking photos of the full moon. Thanks to all who contributed! 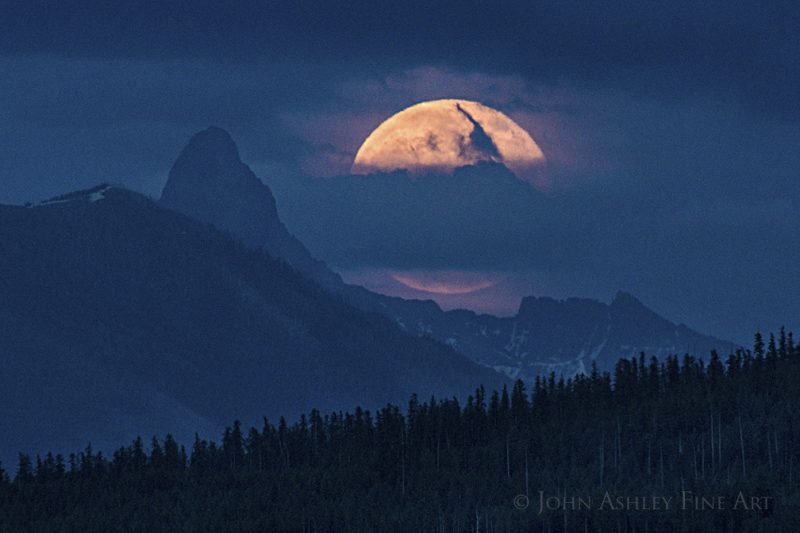 John Ashley at Glacier National Park, Montana, wrote: “Even the smallest full moon of the year can be made to appear huge by including a foreground object that is many miles away from the camera. Mount St. Nicholas (9,377 feet) was 34 miles from my camera for the Strawberry Moon rise last night through broken clouds. The moon was significantly farther. “ 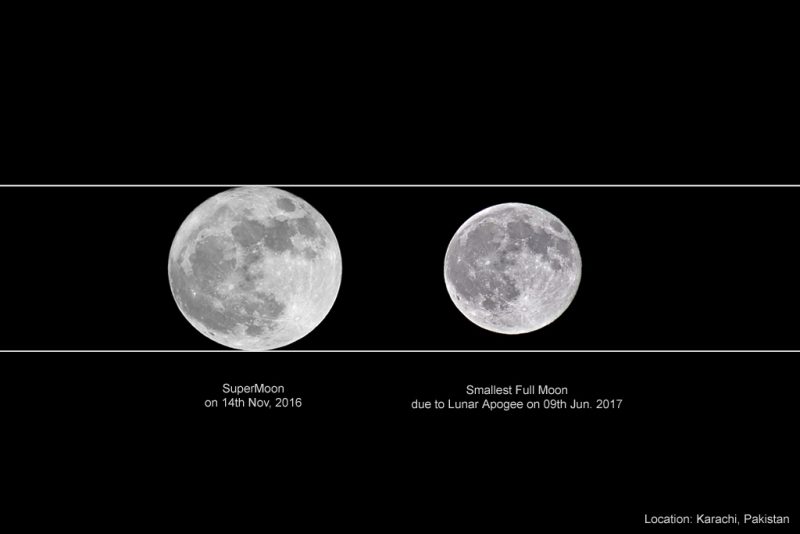 Farman Shams in Pakistan wrote on June 9: “Read your article about smallest full moon due to lunar apogee, so I captured tonight’s full moon and compared it with last year’s supermoon.” 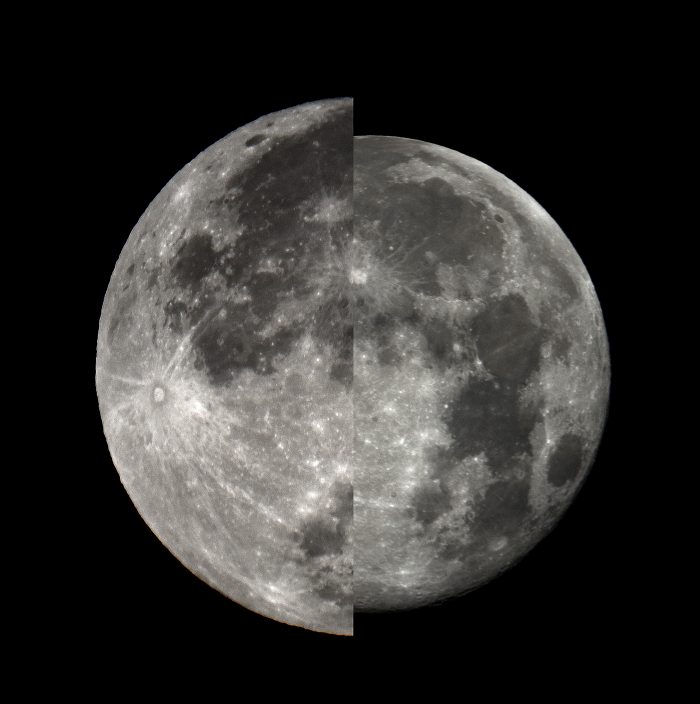 Eliot Herman in Tuscon also compared the June full moon with the November 2016 supermoon. He wrote: “A comparison of the closest supermoon since 1948 on November 14, 2016 with farthest mini-moon on June 9, 2017. Both images captured with a Questar telescope and a Nikon D800 camera. The images were combined with Photoshop.” 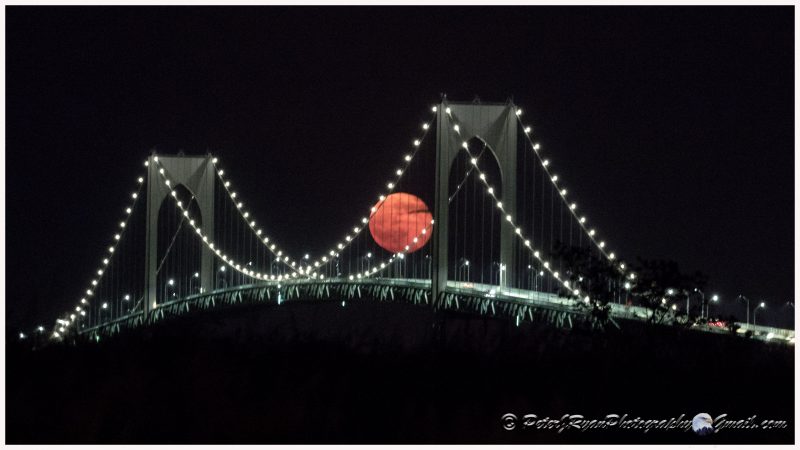 A lovely shot of the June 10, 2017 moon from Peter Ryan in East Greenwich, Rhode Island. 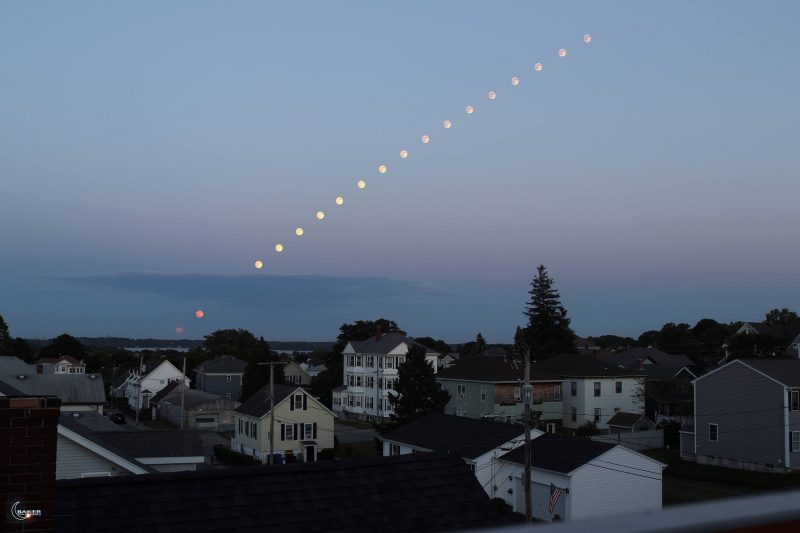 Rise of the Strawberry Micro-Moon from Jacob Baker in Fall River, Massachusetts. He wrote: “Composite photo consisting of 20 exposures taken every 8 minutes. Total exposure time is 2 hours and 40 minutes. Ahhh, my aching back … :-)” 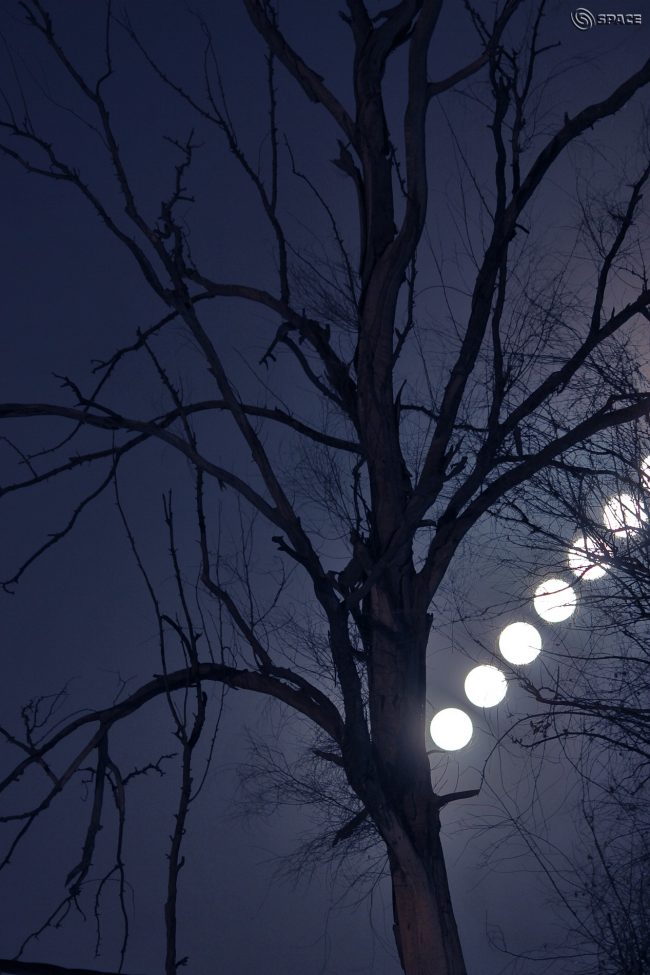 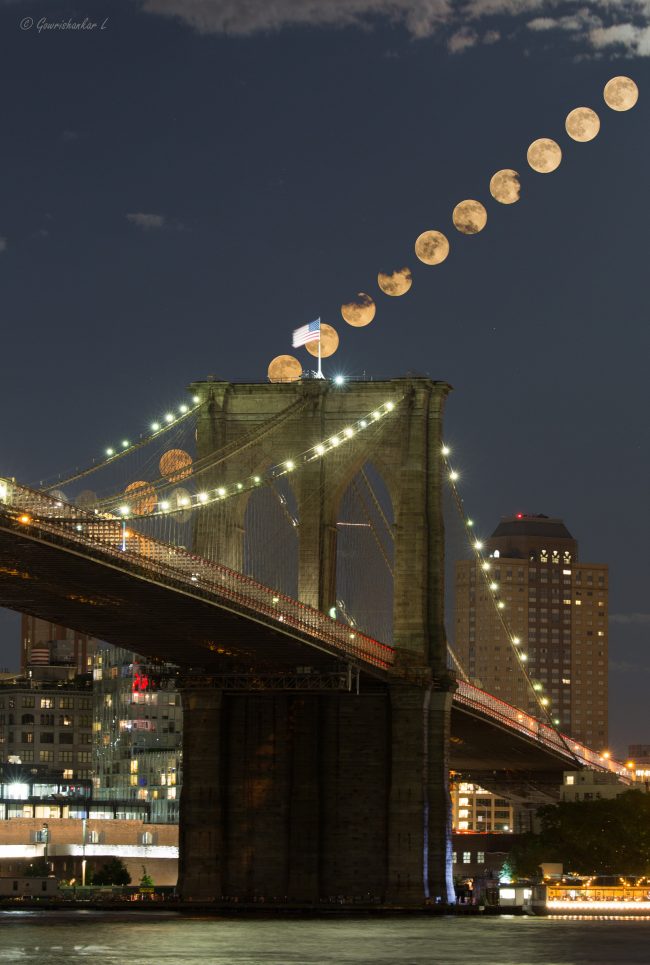 Gowrishankar Lakshminarayanan wrote from New York City: “This is a 14-image composite of the Strawberry Moon rising from behind the Brooklyn Bridge. Each moon frame is spaced 3 minutes apart.” 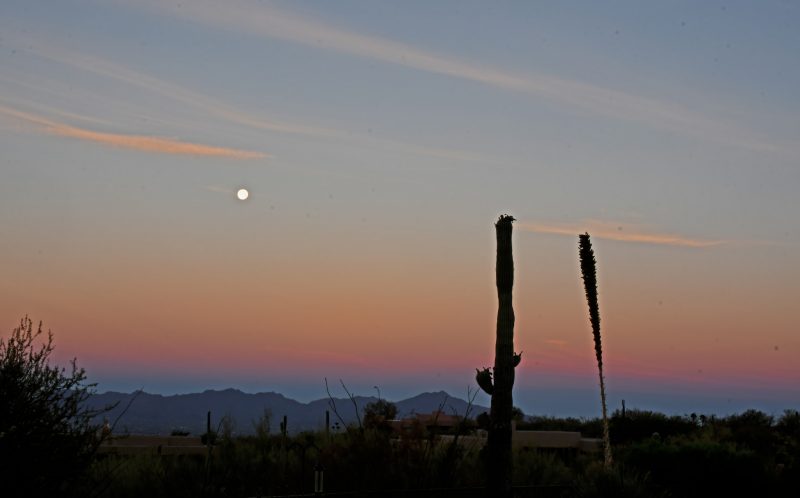 Eliot Herman in Tucson caught the moon setting on June 10. He wrote: “The purple Earth’s shadow still envelops the mountains, with the moon above.” 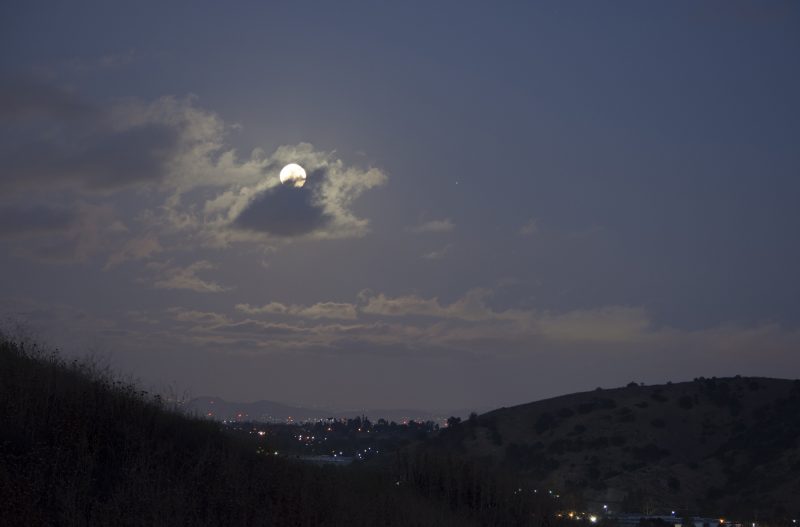 Sue Christopher in San Dimas, California caught the moon – just past full – near Saturn on the evening of June 9, 2017. 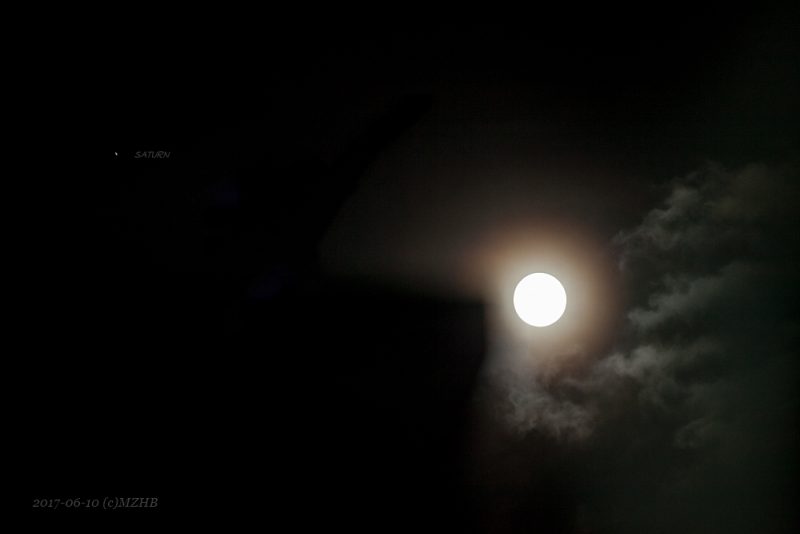 Zefri Besar in Brunei Darussalam caught the moon – just past full – near Saturn on the morning of June 10, 2017. 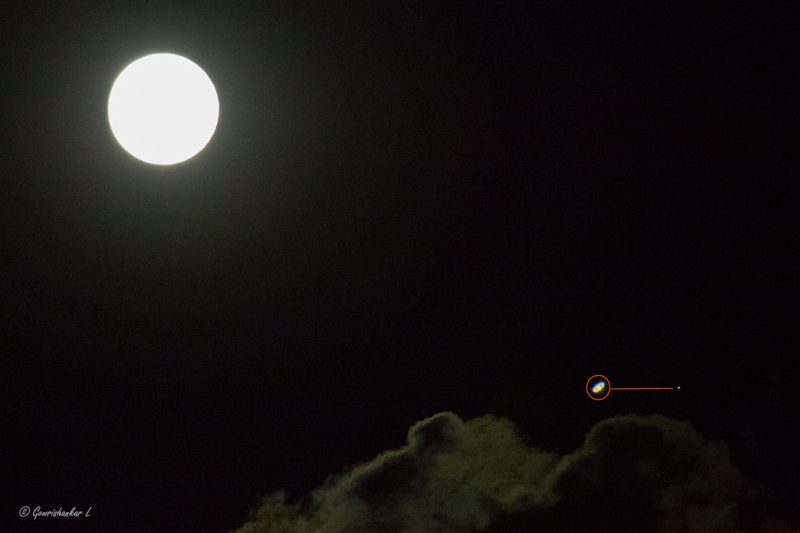 Gowrishankar Lakshminarayanan captured the moon and Saturn from downtown Manhattan, New York City. He wrote: “This is a single-exposure, slow-speed capture of the Strawberry Moon and Saturn in a single frame using the telephoto lens. They were separated by 4 degrees on Friday.” 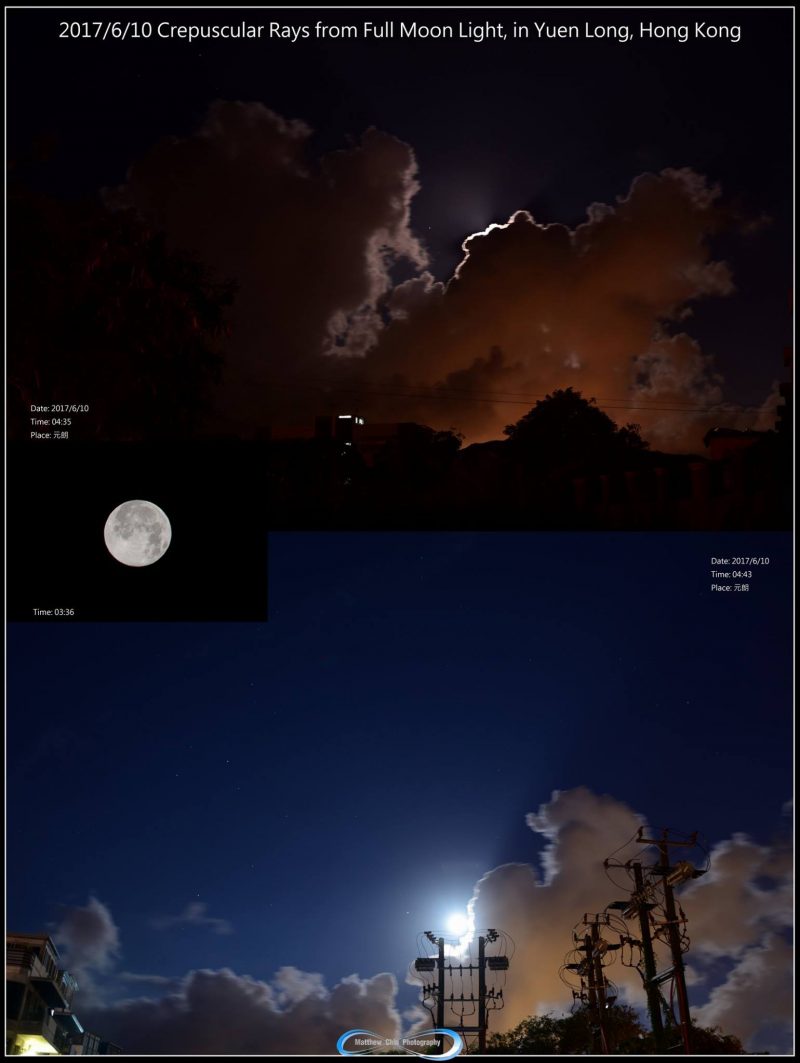 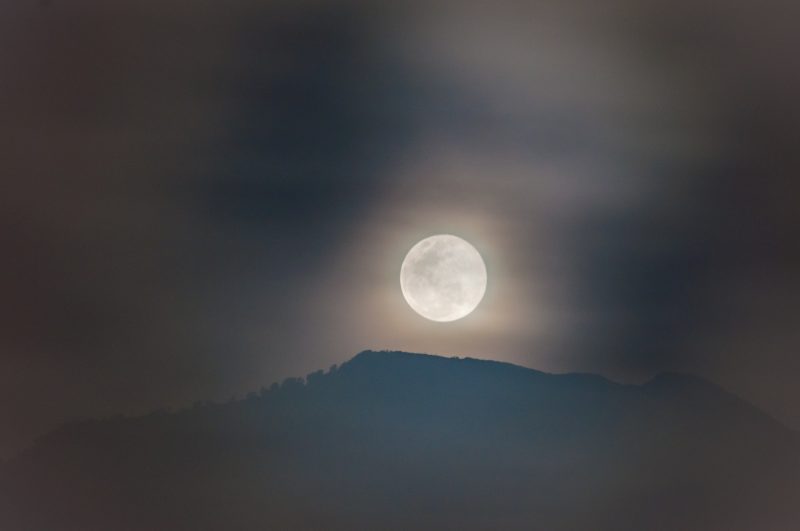 Martin Marthadinata in Indonesia wrote: “Hi, EarthSky. Today I have shot beautiful mini-full-moon rising behind Mount Arjuna, East Java Indonesia, just one hour after moonrise. Fortunately, clouds block the moonlight so that the rays are not over-exposed.” 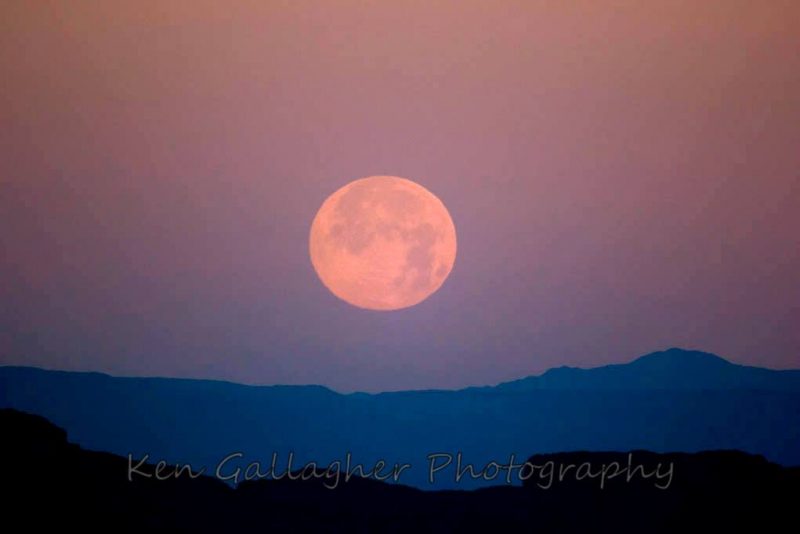 Ken Gallagher Photography in Arizona caught the moon on Friday morning – June 9, 2017 – when it was closest to full and also smallest as seen from the U.S.