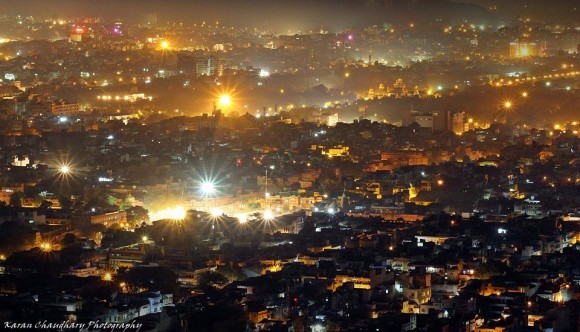 Jaipur is the capital and largest city of the Indian state of Rajasthan in northern India. Karan Chaudhary took this shot from the top of Nahargarh Fort, an 18th century fort that crowns the hill in the northwest corner of the old city.

By the way, Jaipur is a large city, with a population of more than 2 million. But it doesn’t make the list of the world’s top 100 most populated cities, according to WorldAtlas.com.