Between now and late March, when Venus flies between us and the sun – thereby entering our morning sky – those with telescopes will see Venus wane, like a little waning moon. 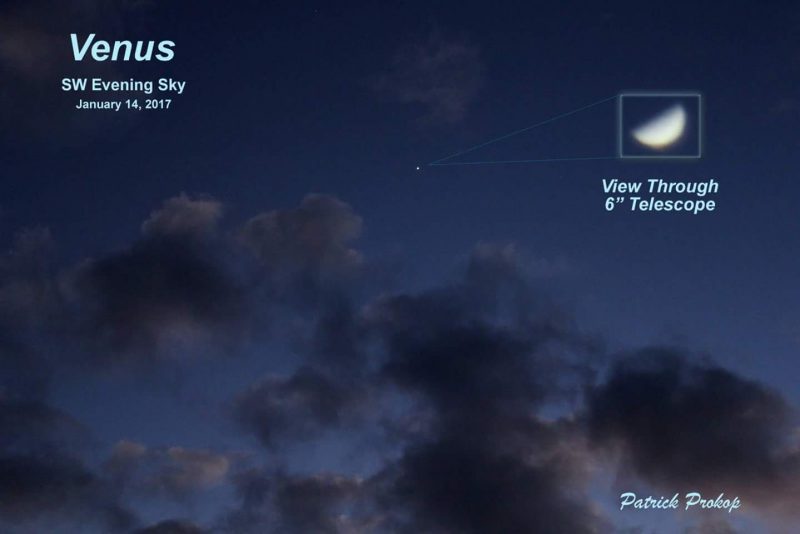 Venus is the brightest planet in Earth’s sky, and it’s now a blazing light in the west after sunset. It orbits the sun one step inward from Earth. And that’s why, when we gaze at Venus through a telescope, we sometimes see the planet show phases, like a tiny, featureless moon. Venus reached its greatest elongation or greatest apparent distance from the sun on January 12, 2017. At such times, it appears as a tiny half moon through a telescope. Between mid-January and late March – when Venus will pass more or less between Earth and the sun, those watching through telescopes will see Venus decrease in phase. Keep an eye on this page … we’ll post more images as we see them come in! 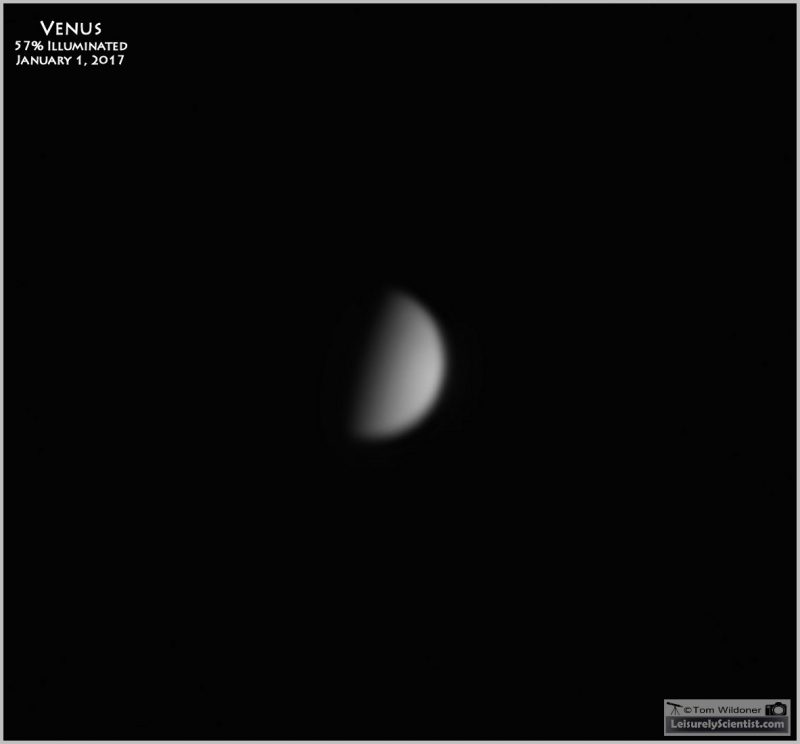 Venus on January 1, 2017 via our friend Tom Wildoner of the blog LeisurelyScientist.com. Tom caught Venus when it was 57% illuminated and wrote: “It will be progressively getting narrower over the next few weeks.” Meade LX90 12” Telescope, ZWO ASI290MC camera at prime focus, best 1000 frames of 5000 frames sampled. Taken from Weatherly, Pennsylvania. Software included SharpCap 2.9, Registax, and Adobe Lightroom. Read more about this image.