A lone, small, very brightly illuminated passing cloud – at the exact point where the sun was going down – caused the illusion of a double sunset. 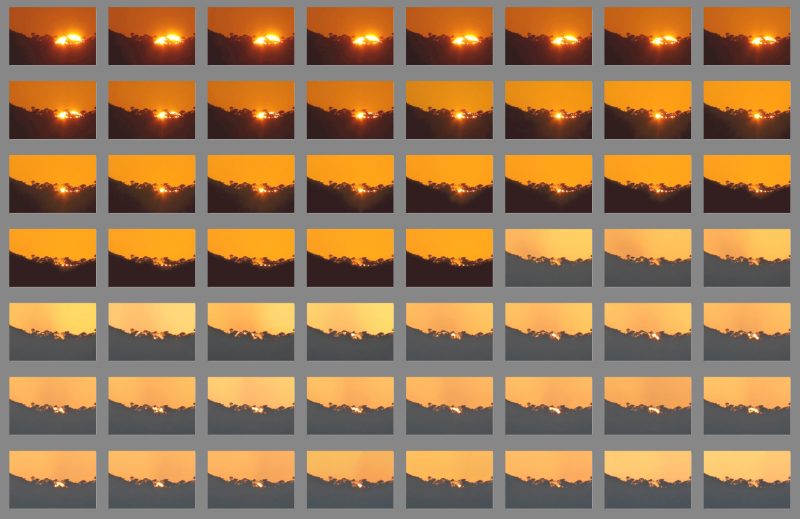 In the late afternoon of March 17, 2017, a lone small, very brightly illuminated cloud passed behind Murahwa Mountain – visible from where I live in Mutare, Zimbabwe – appeared at the exact point where the sun was going down, and made the sun appear to set twice.

The photos below show a general view of the sun setting in an otherwise almost cloudless sky over Murahwa Mountain, and a second lone cloud which popped up above the summit at the same location a few minutes later.

A most unusual display created by an extraordinary combination of circumstances.

The photographs were taken using a Panasonic Lumix compact camera in sunset scenery mode with up to x60 zoom magnification. 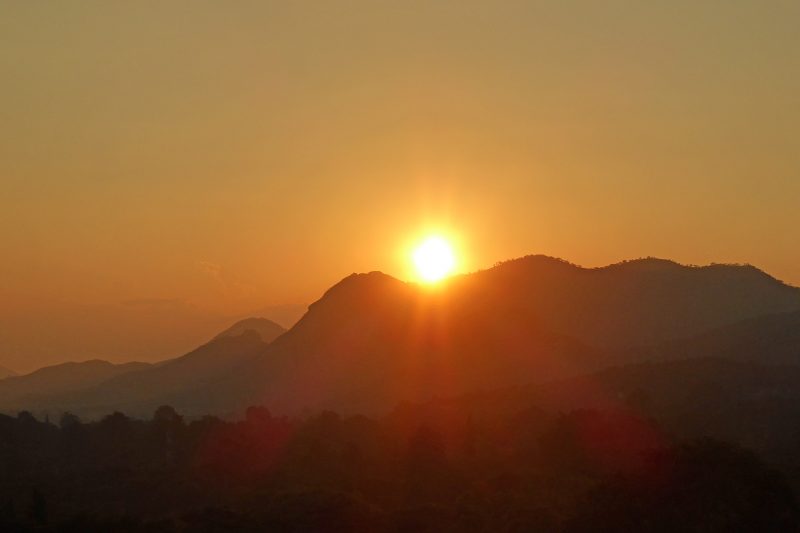 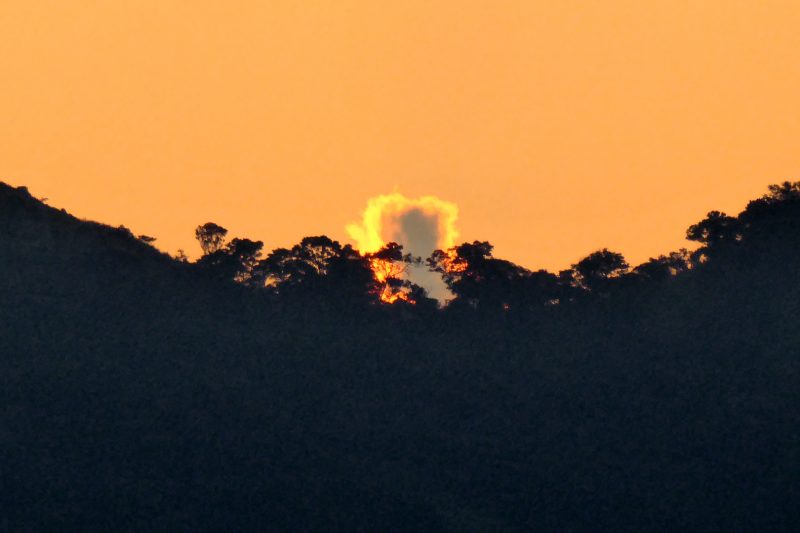 A small, brightly illuminated passing cloud – like this one – caused the appearance of the second sunset. Photo by Peter Lowenstein.