Photographer John Nelson used NASA’s SpotTheStation website to learn when the International Space Station would make a high pass in his sky. This image is the result. 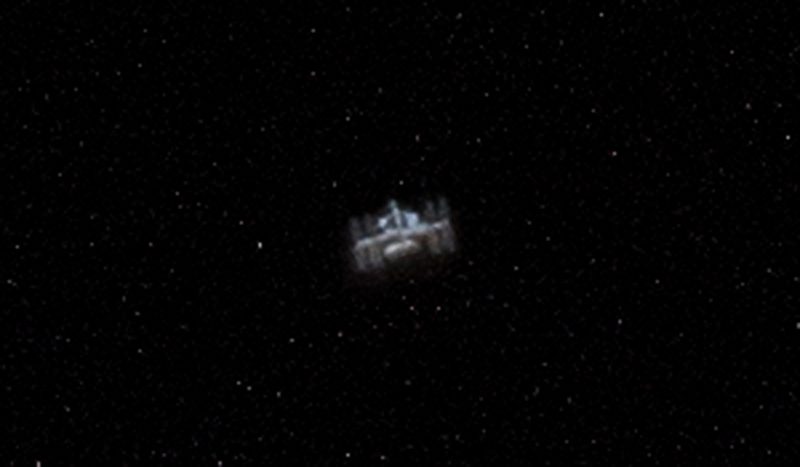 It’s possible not only to see the International Space Station passing overhead, appearing as a “star” that crosses your night sky, but also – if you have the right equipment – to capture it photographically. John Nelson in Puget Sound, Washington did that on October 10, 2017. John wrote:

I receive notifications from the NASA SpotTheStation website when the ISS will be passing overhead. Tonight was a very high pass at 78 degrees maximum height from west-northwest to east-southeast. Being that high meant it would be about the best photographic opportunity I was likely to get.

We had a beautiful clear night. Ideal conditions.

The ISS moves at 7.7 km/sec. It’s relatively easy to manually track but focusing can be tricky. On this night, it was the brightest object in the sky by far … for the three minutes that it was visible.

RAW images processed in lightroom to export as jpeg. Minor tweaks to lighting to bring out background stars.