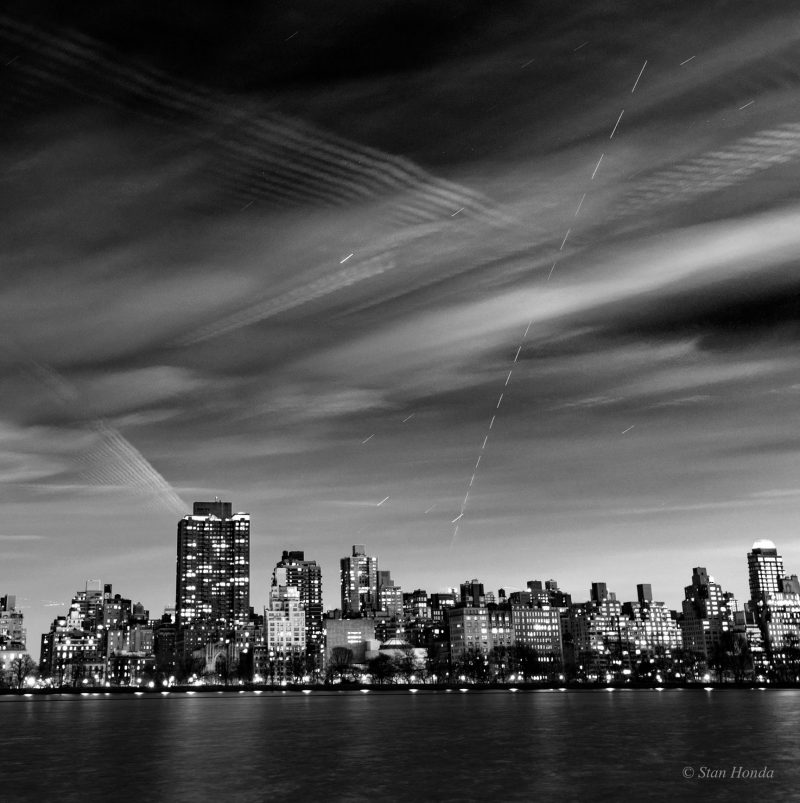 This is the International Space Station (ISS) during the February 13, 2018, evening flyover as seen from Central Park in New York City. Each frame was exposed for 5 seconds, and there is an interval of 3 seconds between frames. Stars show up as short trails (the sky’s brightest star, Sirius, is in about the middle of the picture). Moving clouds appear as scalloped patterns. The ISS is coming down toward the southeast from the top to the bottom of the photo. Black and white increased the contrast and made the ISS more visible against the sky.

ISS will likely pass over your location every so often. Click here to learn how you can see ISS, as it soars overhead in your sky.