A composite of 1/2-second of time when two objects in space converged. ISS is at 300 kilometers and the moon is at 384,000 kilometers away. 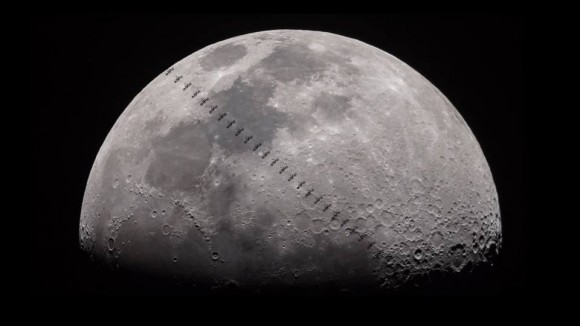 Astrophotographer Colin Legg captured this wonderful shot of the International Space Station crossing the face of the first quarter moon on September 3, 2014. He calls the photo “Half a Second.” He wrote:

I have more than enough gear already but that didn’t stop me buying a new camera recently. The urge was just too great!! This is my first shot with it. It’s a composite of 1/2-second of time when two objects in space converged, one at 300 kilometers and the other 384,000 kilometers away. I couldn’t get this shot with my other cameras…that’s my excuse!