Astronauts aboard the International Space Station captured these images of Mount Shasta while orbiting over northern California at different times of the year. 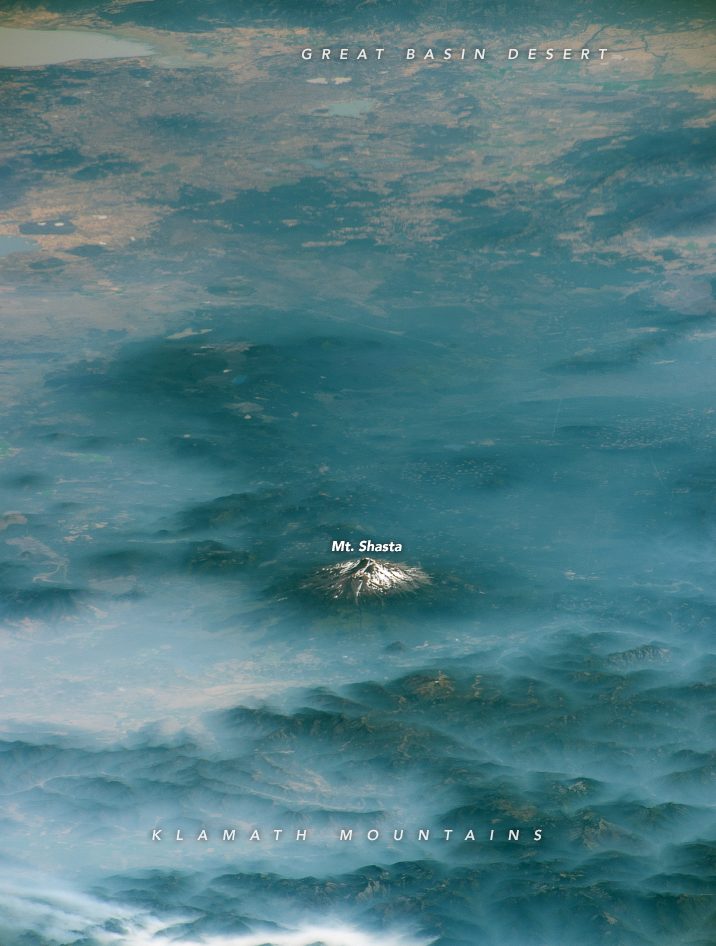 Mt. Shasta pokes out from the fog-filled valleys of the Klamath Mountains. North of the the mountain, the Great Basin Desert meets the Cascade Range. August 21, 2017. Image via NASA.

Here are two images of Mount Shasta captured by astronauts aboard the International Space Station (ISS) while orbiting over northern California at different times of the year.

Mt. Shasta, in the Shasta-Trinity National Forest, at the southern end of the Cascade mountain range, is an active stratovolcano that has erupted at least once per 800 years for the past 10,000 years, with an increased eruption frequency of about once per 250 years over the past 750 years.

Mt. Shasta is 14,180 feet (4,322 meters) above sea level, and typically snowcapped year-round. The photo above was taken in August 2017, when much of the snowpack had melted away. The zoomed-in photo below of the mountain’s peak was captured in April 2018 and shows a much greater snowpack on the mountain, with less rock visible. 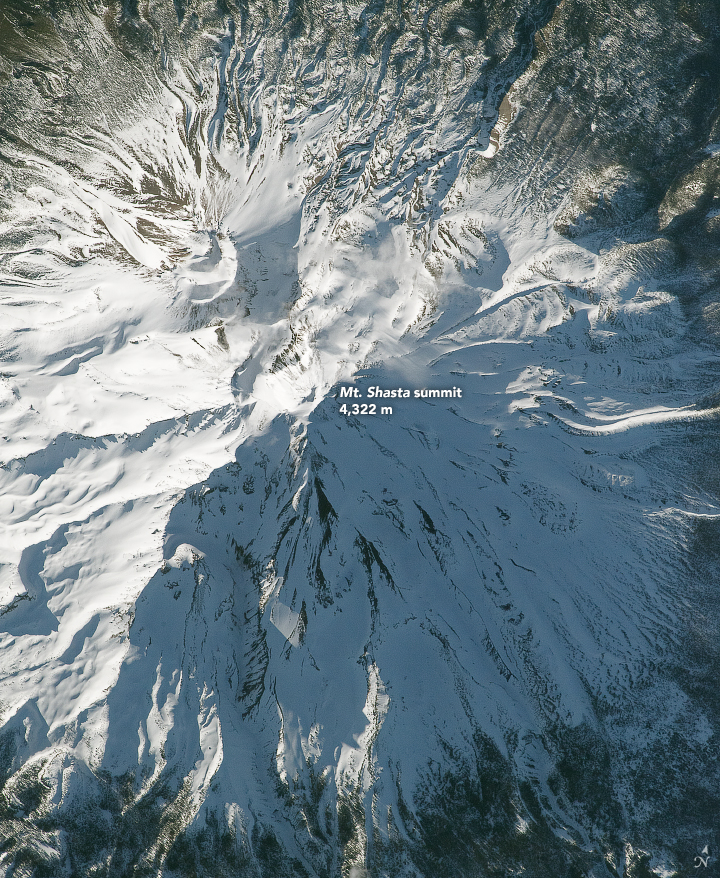