These clouds look like breaking ocean waves. It’s rare to see them iridescent! 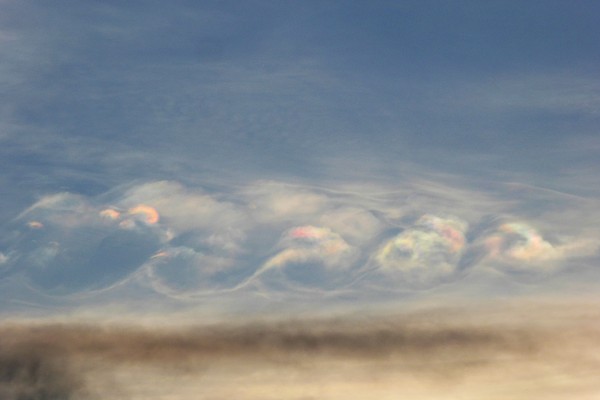 Here is something special and very rare.

On Friday evening (March 11, 2016), a few minutes before sunset, a thin band of Kelvin Helmholtz clouds developed above a cumulonimbus anvil and became iridescent for just three minutes before dispersing.

The first three photographs on this page, in which the iridescence is bright, were taken with a Panasonic Lumix DMC-TZ60 in intelligent auto mode and x60 zoom magnification.

The distant view – at the bottom of the page – was taken a short while before. The Kelvin Helmholtz cloud band had not yet become colorful.

To see Kelvin-Helmholtz clouds is rare, for them to become iridescent is much rarer and for a swallow to fly past during the fraction of a second when a photograph is taken defies all odds and is almost miraculous! 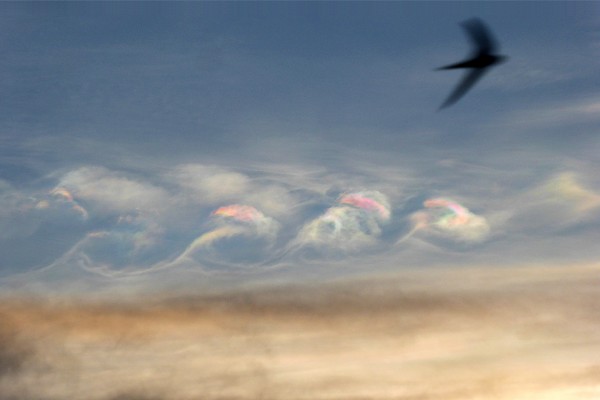 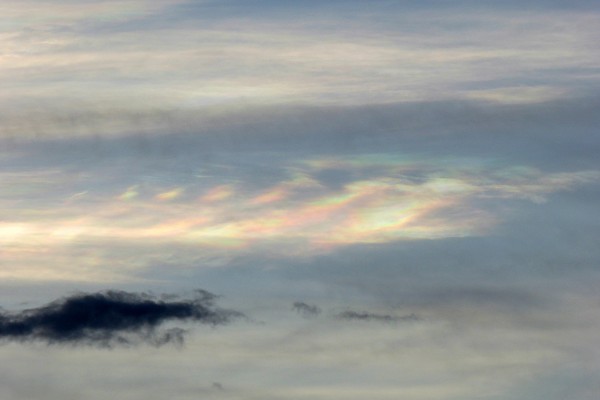 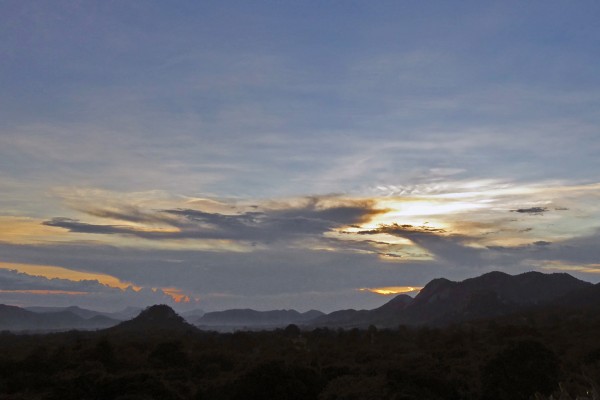