Here’s is Jupiter’s closest moon, Io, casting its shadow on Jupiter’s cloud tops. Another moon, Europa, is to the left. 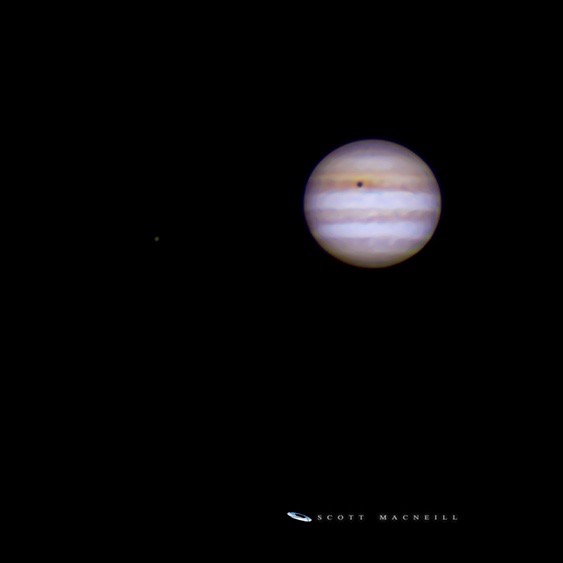 On Tuesday nights, Brown University’s Ladd Observatory opens its telescopes to the public. On April 18, Jupiter’s closest moon, Io, cast its shadow on Jupiter’s cloud tops to the amazement of observatory visitors. Once we closed up, I hooked up the camera and captured this shot of Io transiting Jupiter, with Europa to the left. The next night, clouds moved in and have stuck around since.

But Jupiter looked fabulous that night!