Glenn Miles sat in his truck and waited out a rainstorm, then captured the most intense rainbow he’d ever seen. 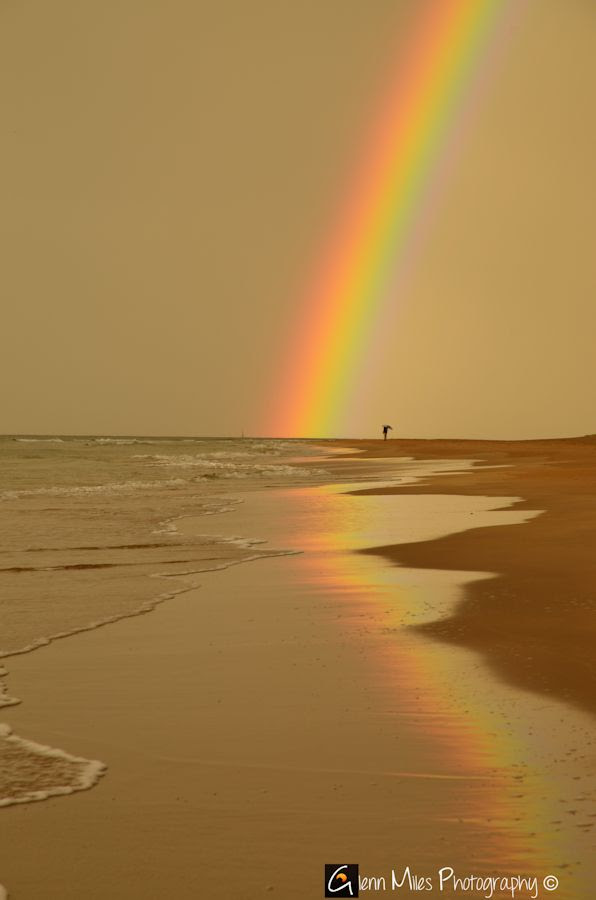 Glenn Miles captured this double rainbow over the north coast of N.Ireland. He wrote:

I have just read your article on seeing red rainbows and thought I would share my images of a rainbow I captured on August 8, 2014 over the north coast of N.Ireland. I sat in my Land rover for around 20 mins waiting for the heavy rain to stop before venturing out onto the beach. I knew from my many years of experience of photographing the landscape that a rainbow was sure to grace the black skies after the rain had stopped. I was not disappointed as after only a few minutes of walking barefoot on the beach, the most intense rainbow that I had ever seen arced high over the sky.

After a few minutes, a double rainbow appeared as did the rain. I walked along the beach for over an hour capturing this amazing rainbow in between wiping the rain off the camera lens. The images were captured about an hour before sunset; hence, the wonderful deep colors.

Here’s another one from this beautiful series, where you can see the rainbow as double: 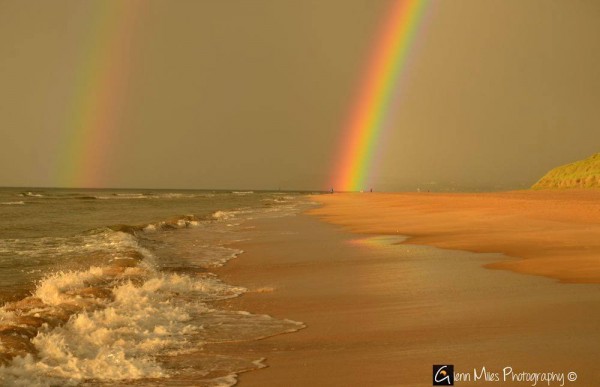