The main ring around the sun is called a 22-degree halo. The bright points of light on either side of the sun are called sundogs. 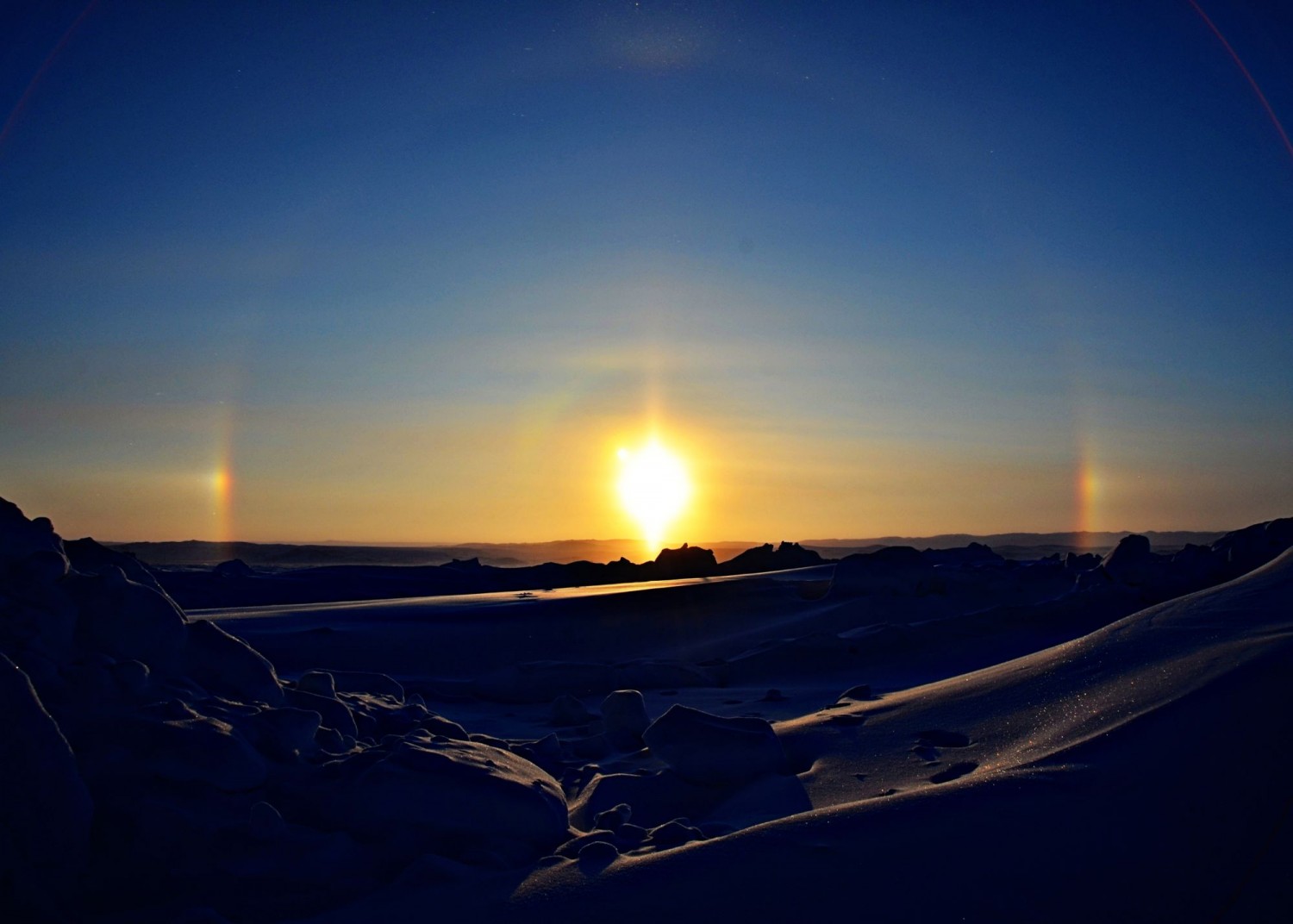 Ice crystal halo around the sun, seen by Kendra Knaggs on February 6, 2013 from the NorthWest Territories, Canada. View larger.

Kendra Knaggs captured this beautiful photo of what is called an ice crystal halo on February 6. These halos happen when there are ice crystals in Earth’s atmosphere, which both refract and reflect sunlight to create a ring of light around the sun (or moon). You can see halos when the sun or moon are high in the sky. But Kendra captured this image when the wintertime Arctic sun loomed low on the horizon. She said:

I wanted to share a photo I took today, February 6, of a beautiful sundog we had for a few hours. Paulatuk is a community on the Arctic Ocean in the very north of Canada and extreme cold temperatures often give us very beautiful skies both night and day.

The main ring around the sun, by the way, is called a 22-degree halo. The bright points of light on either side of the sun are the sundogs. They’re called sundogs because, in cases where a halo is seen for several hours (as this one was), they move with the sun across the sky, like dogs at the heel of their master.