You need slow-moving currents, moving in circular eddies, to form ice circles, and you need just the right air and water temperature. So they’re rare! 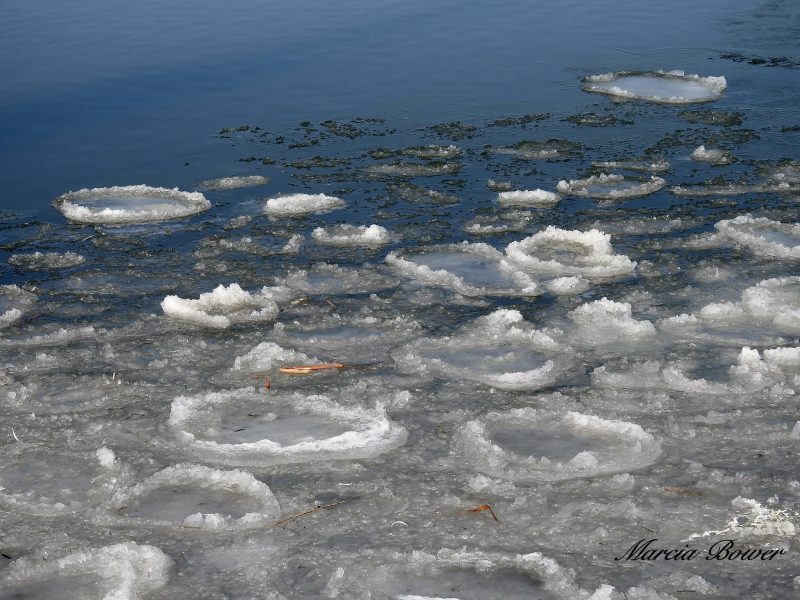 Marcia White Bower posted these photos at EarthSky Facebook this week. They are rare ice circles, on Onondaga Lake in Syracuse, New York, seen on February 18, 2017. Ice circles tend to form in the center of lakes or streams, but they can also form along the edges, as these have. You need slow-moving currents, moving in circular eddies, to form ice circles, and you need just the right air and water temperature. So they’re rare! 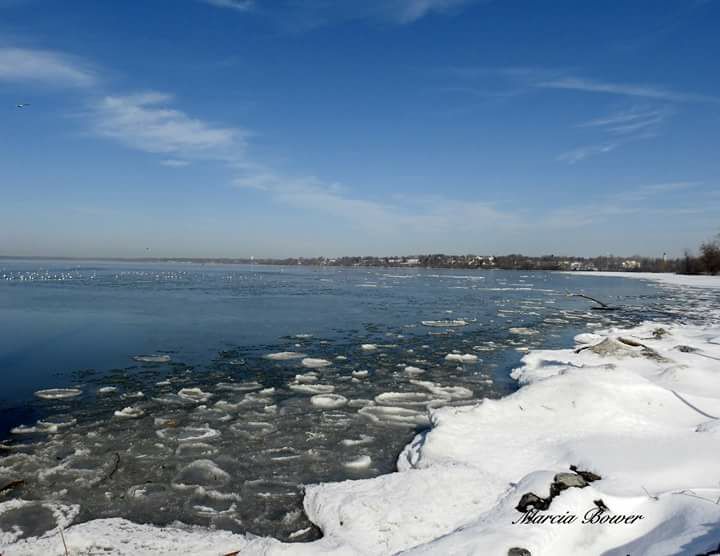 Another view of the February 18 ice circles in Syracuse. Photo by Marcia White Bower.

By the way, ice circles come in various sizes. The ones Marcia captured look about CD-sized.

But there’ve also been sightings of huge ice circles, many feet across, such as the one caught last month by Kaylyn Messer in Washington state. She posted it on her Instagram page …