Hurricane Odile tied Olivia (1967) as the strongest hurricane to make landfall in Baja California in the satellite era. 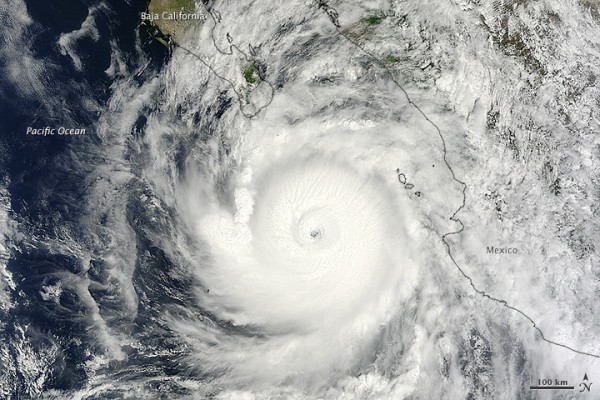 NASA’s Terra satellite acquired this natural-color view of Hurricane Odile around midday local time on September 14, 2014 when it was still southeast of the Baja California peninsula. Odile made landfall late that night as a Category 3 storm near Cabo San Lucas, Mexico. It was the first known storm to hit Cabo San Lucas as such a strong intensity. According to the U.S. National Hurricane Center, Odile struck Baja with wind speeds of 110 knots (204 kilometers or 127 miles per hour).

Read more about this image of Odile from NASA