Humayun’s Tomb and a monster sunspot

Abhinav Singhai combined the old and eternal – with the new and transient – when he captured this photo of Humayun’s Tomb in Delhi and the sunspot group AR1944. 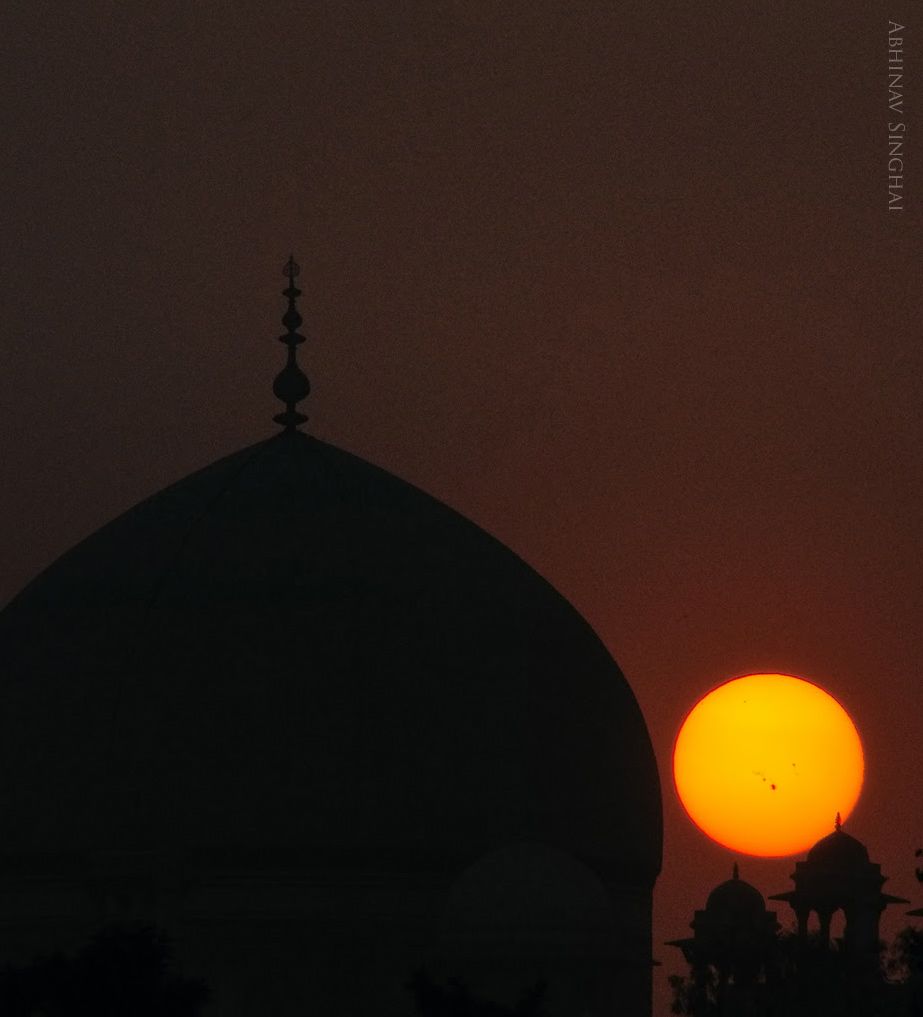 Abhinav Singhai in Delhi, India combined the old and eternal – with the new and transient – when he captured this photo of Humayun’s Tomb and the sunspot group AR1944. See the sunspot? It’s a large, dark blotch on the setting sun. He wrote that the sunspot was:

… one of the largest sunspots in a decade. It’s so large that one can see it at the time of sunrise and sunset.

You should not try to see it, of course, without special filters to protect your eyes from permanent damage.

And, if you live at a northerly latitude, look outside when night falls. This sunspot group produced the most powerful category of solar flare – an X-flare – on Tuesday, January 7. The solar particles sent across space from that flare arrived in Earth’s vicinity on January 9. They might still be causing Earth’s magnetic field to be unsettled, creating beautiful displays of auroras, or northern lights for those at high latitudes.

Read more about the X-flare and possibility of auroras here.

Humanyan’s Tomb in Delhi, India is a World Heritage Site. Image via Archaeological Survey of India.