At the edge of the blast

A detailed view of a section of the Cygnus Loop supernova remnant, from NASA. 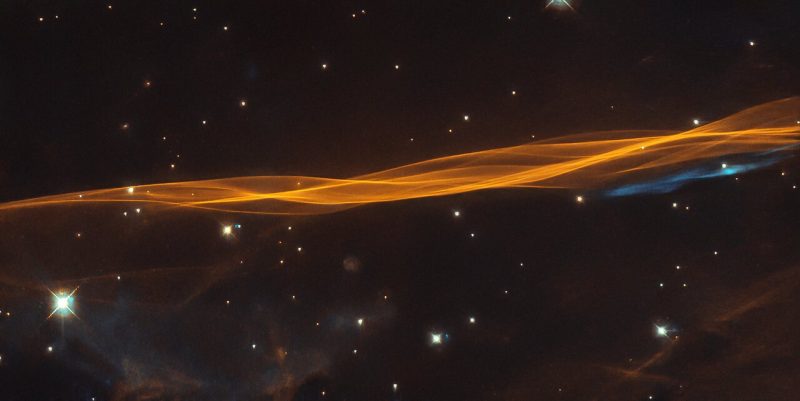 View larger. | While appearing as a delicate and light veil draped across the sky, this image from the Hubble Space Telescope actually depicts a very small section of what’s known as the Cygnus Loop Nebula – a supernova remnant – in this case located around 2,400 light-years away. The name of the supernova remnant comes from its position in the northern constellation of Cygnus the Swan. NASA said: “The original supernova explosion blasted apart a dying star about 20 times more massive than our sun between 10,000 and 20,000 years ago. Since then, the remnant has expanded 60 light-years from its center. The shockwave marks the outer edge of the supernova remnant and continues to expand at around 200 miles per second (350 km/sec). The interaction of the ejected material and the low-density interstellar material swept up by the shockwave forms the distinctive veil-like structure seen in this image.” Image via ESA/ NASA Hubble Space Telescope/ W. Blair/ Leo Shatz. 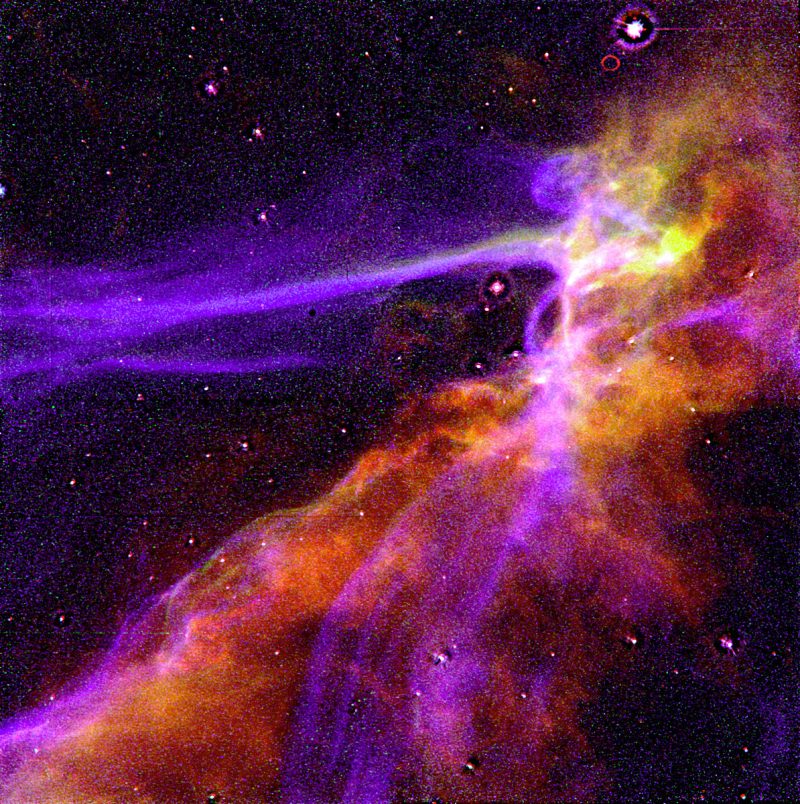 This image – also acquired with the Hubble Space Telescope – shows a larger portion of the Cygnus Loop supernova remnant, which marks the edge of a bubble-like, expanding blast wave from a colossal stellar explosion that occurred thousands of years ago. Read more about this image from NASA on the Commons. Image via Flickr. 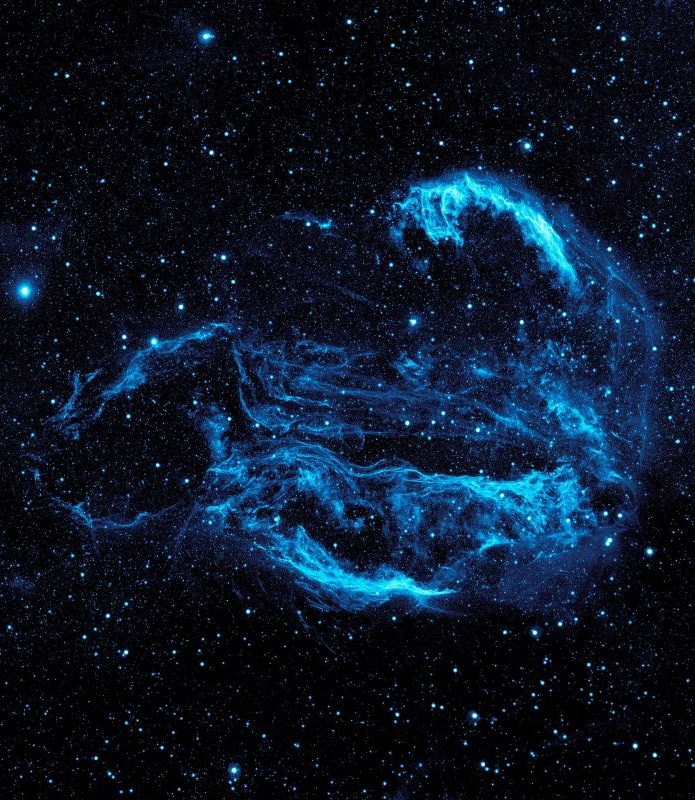 Now here is an image of the entire Cygnus Loop Nebula, captured in ultraviolet light by NASA’s Galaxy Evolution Explorer. The nebula looks small through telescopes (the visual component is called the Veil Nebula), but the entire region covers an area in our sky 36 times larger than a full moon. Read more about this image from NASA/ JPL-Caltech.

Bottom line: A detailed look at a small portion of the Cygnus Loop Nebula – a supernova remnant – followed by two images that show the nebula from more and more distant perspectives.