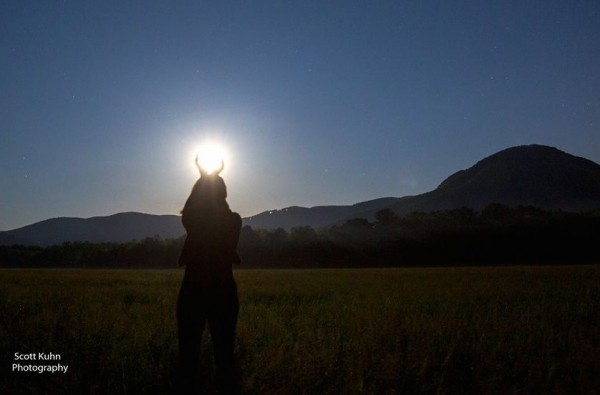 Rise of the April, 2016, full moon by Scott Kuhn of Chatsworth, Georgia.

This weekend’s full moon was the farthest full moon, and the smallest full moon of 2016. We’ve heard it called the micro-moon or mini-moon. Scott Kuhn captured this shot of the moon, and posted it to EarthSky Facebook.

This full moon came less than one day after reaching lunar apogee, the moon’s farthest point in its monthly orbit. It lay some 30 thousand miles (50 thousand km) farther from Earth than 2016’s closest full moon – a supermoon – due on November 14.