Heat from the lava flows at Klyuchevskaya

A recently released NASA image of the ongoing 2013 eruption at Klyuchevskaya, one of Russia’s tallest and most active volcanoes. 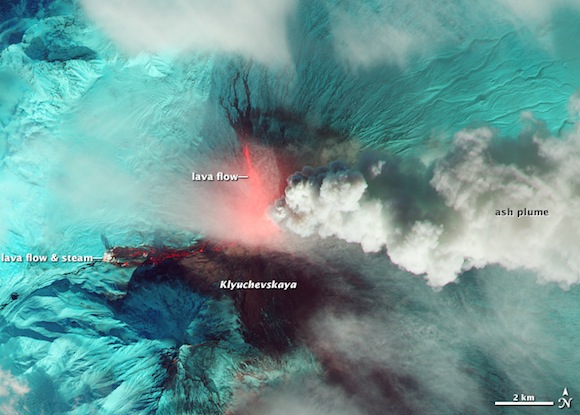 Moderate eruption activity has once again been observed at Klyuchevskaya Volcano. The activity began on August 15, 2013 and it has increased in intensity during the first few weeks of October. During October 11 to 20, lava fountains and thick plumes of ash and steam were ejected from the summit. Ash plumes rose 7.5 to 10 kilometers (24,000 to 32,000 feet) above the summit prompting aviation alerts.