Have you seen Venus?

Venus is the brightest planet, 3rd-brightest object in our sky after the sun and moon. You can’t miss it in the west after sunset. 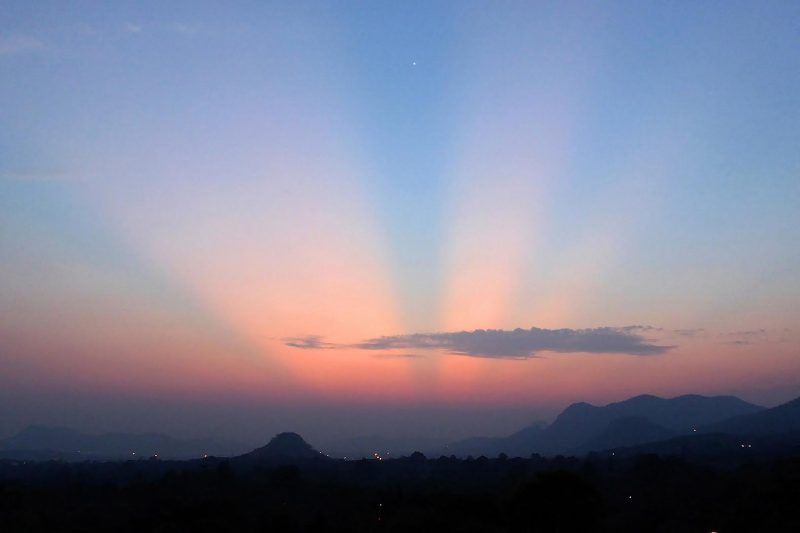 Don’t let these beautiful crepuscular rays blind you to the little dot that is Venus, near the top of this photo by Peter Lowenstein. Photo taken October 23, 2016 in Mutare, Zimbabwe.

Venus has been in our evening sky since August, but it has been low in the sky ad not very noticeable. Beginning around now, though, Venus is becoming much easier to see. Watch for it as soon as the sky darkens, in the west, near the place where the sun went down. You can’t miss it! Peter Lowenstein wrote of the photo above:

This single photograph was taken about 20 minutes after the sun had set through a low layer of smoke haze using a Panasonic Lumix DMC-TZ60 camera in sunset scenery mode. No color enhancement or superimposition of images was required to produce this faithful rendition of what was observed. 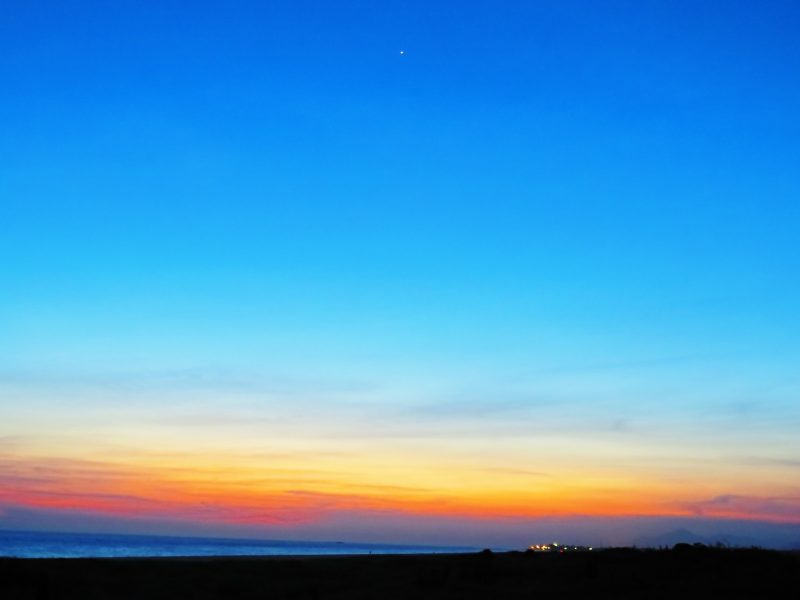 Helio C. Vital wrote of his image of Venus:

Local time was 7:19 p.m., and sunset had occurred only 20 minutes earlier.

Five shots were piled into one to reduce noise with Registax.

By the way, if you’re up before dawn, you’ll find another very bright planet in the east before sunrise. It’s Jupiter.