The 17-year cicada hatch of 2013 is in full bloom. They showed up yesterday in Carbon County, Pennsylvania where Tom Wildoner captured these photos. 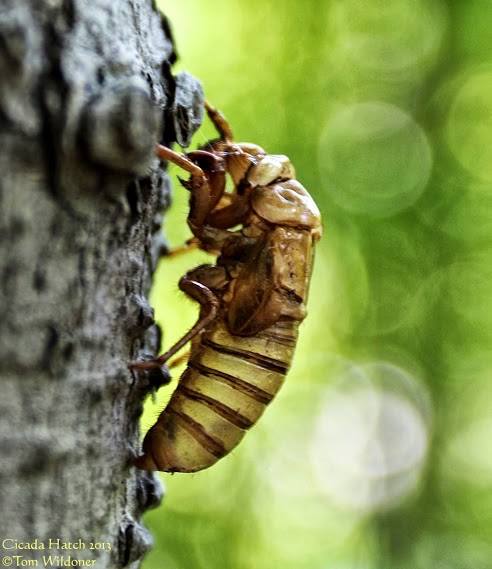 Thank you, Tom Wildoner, for sharing these photos yesterday (June 9, 2013) at EarthSky Photo on Google+. Tom said that, yesterday, a large 17-year cicada hatch showed up in Carbon County, Pennsylvania. The debut of a new generation of Brood II cicadas is in full bloom now in the U.S. Northeast. These 17-year cicadas live out most of their long lives as nymphs underground, but, each 17 years, they crawl out of the ground for a three-to-four-week festival of singing and mating. Afterwards, they die.

Early estimates suggested there might be as many as “30 billion” or “1 trillion” cicadas hatch in the U.S. Northeast this year. Estimates for the 2013 cicada population aren’t in yet, but, so far, reports suggest that the 2013 hatch of Brood II 17-year cicadas has been very localized, with some places getting many and other places very few. An article in the Huffington Post on June 7 suggested that:

… in some places their populations may be getting spottier due to urban development. 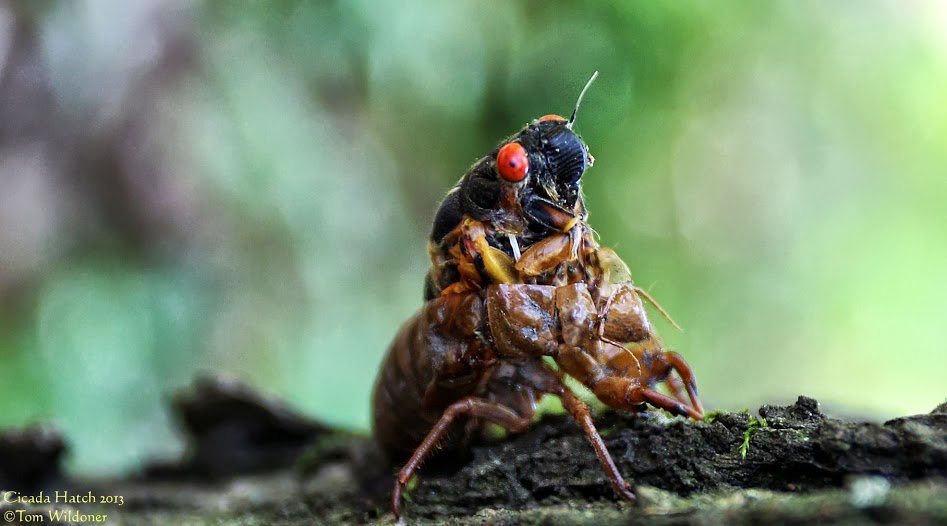 Cicadas in Carbon County Pennsylvania on June 9, 2013 by Tom Wildoner. These are Brood II cicadas. There are 12 broods in the eastern half of the United States that have a 17-year life cycle, and three that mature every 13 years. The ranges of each group tend not to overlap. 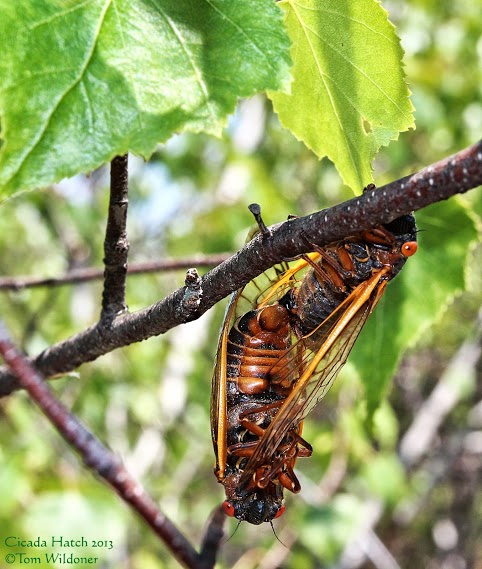 Cicadas in Carbon County Pennsylvania on June 9, 2013 by Tom Wildoner. Cicadas’ whole life cycle is centered on maintaining large population sizes. They reproduce in huge numbers. Still, some broods of cicadas are known to have become extinct, and others may be diminishing, possibly due to urban development. 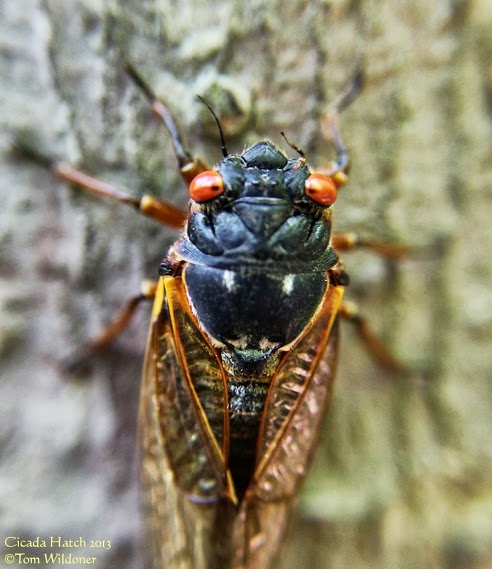 Cicadas in Carbon County Pennsylvania on June 9, 2013 by Tom Wildoner. Some people call these cicadas “locusts,” but they aren’t true locusts. Real locusts look like grasshoppers. 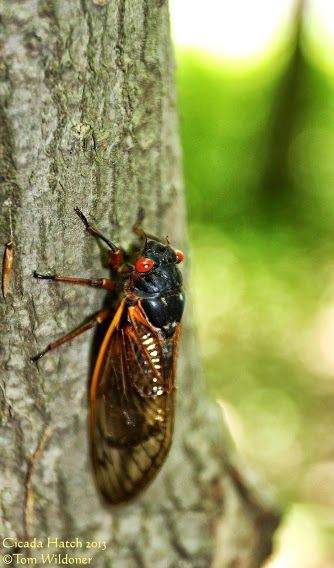 Cicadas in Carbon County Pennsylvania on June 9, 2013 by Tom Wildoner. Some enjoy cicadas’ singing, while others describe it as a “deafening chorus.” It’s the male cicadas who sing, producing their calls by rapidly vibrating a white, drumlike plate, or tymbal, located on either side of their abdomens. When they have finished their cycle of reproduction for any particular year, they leave behind a blanket of corpses.