A young owl on her first night out from the nest, and a moon just past full. 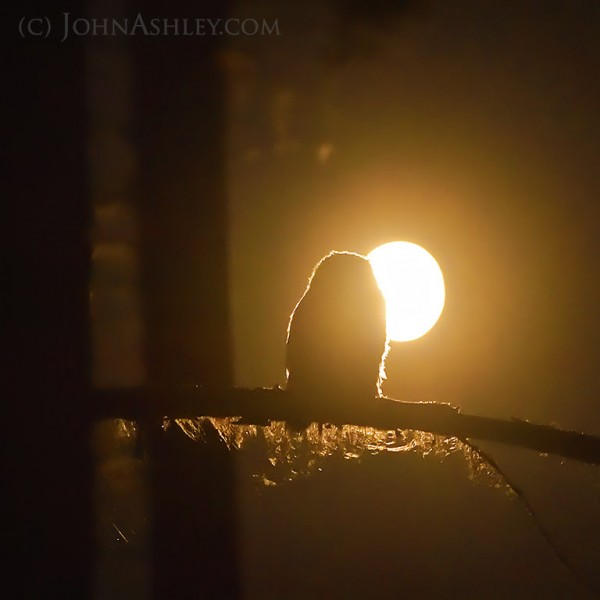 John Ashley in Montana submitted this photo to EarthSky this week. He captured it on June 5. He wrote:

A juvenile great-horned owl eclipses the 91% moon rise on her first night out in the big, wide world after fledging from her nest in the afternoon.

The parents will deliver food to her and a sibling until they are strong enough fliers to follow their parents while hunting at night.

By the way, John also posted the following video on his Facebook page, which shows two young owlets on their first day out of the nest.

More from John Ashley: What bird song looks like at dawn