Glory, above a sea of clouds

For Arnaud Besancon – an astrophotographer in Germany – a night of watching for Leonid meteors ended in a beautiful surprise. 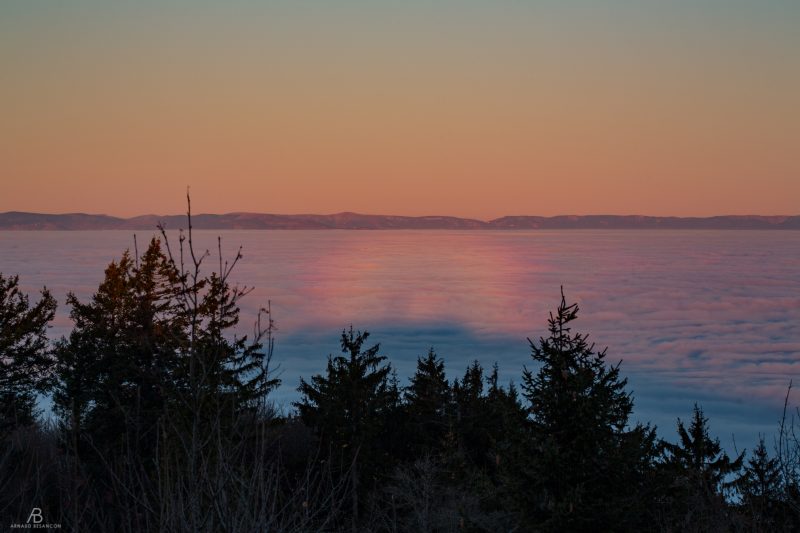 View larger. | A glory on a foggy morning, via Arnaud Besancon.

Arnaud Besancon in Germany caught this image on November 16, 2018. He said he took the photo while looking west at sunrise, and he said:

I was all the night long under a really nice sky, with not so much light pollution, because there was a fantastic sea of clouds, stopping the city’s lights. I was there for deep-sky shooting and shooting the Leonid meteors, and, in the morning, I saw this amazing irisation of light above the sea of clouds…Actually, I don’t really know what it is. Maybe it is something called ‘a glory,’ because the rising sun (east) was exactly in front of the optic phenomenon (west).

I hope you will enjoy my picture.

Thank you, Arnaud, yes, it’s a beautiful example of a glory. As Les Cowley of the great website Atmospheric Optics has explained:

Glories are always directly opposite the sun, centered at the antisolar point and therefore below the horizon except at sunrise and sunset. Look for them whenever mist or cloud is beneath you and the sun breaks through to shine on it.

We sent your photo to Les, by the way, asking for his comment. He confirmed:

Yes, a nice glory. Not as colored as usual because the sun’s light was highly reddened.

If you look carefully, you can even see a hint of a brocken spectre (possibly due to the photographer himself and his equipment?) inside the glory. As Les points out on his page, you can also look for glories from mountains and hillsides, from aircraft and in sea fog and even indoors.

Read more from Les Cowley about how glories are formed

Bottom line: Glory, above a sea of clouds, in Germany.