Sun-watchers have had their eye on giant sunspot AR2529. Check out these photos from the EarthSky community. Aurora alert for April 13! 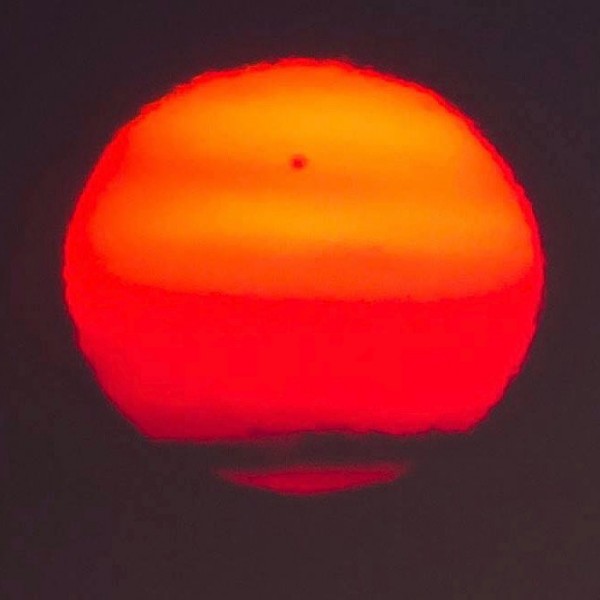 Bernie McGee in Scotland caught this image at sunset on April 11, 2016. He wrote: “Didn’t realize when I took this that I’d captured a massive sunspot! :))”

The sun is now moving toward a minimum in the 11-year solar cycle, and spots on the sun’s surface have been few and far between. But, in recent days, a giant spot has come into view on the sun. Dubbed Active Region 2529, it is many times the size of Earth. EarthSky community members have captured images of AR2529, and it has now turned in Earth’s direction.

The spot hasn’t been extremely active, although it has produced a few small flares and an accompanying minor coronal mass ejection (CME). But, according to spaceweather.com, high-latitude observers should be on the lookout for auroras, anyway. That’s because of an incoming solar wind stream pouring from a hole in the sun’s atmosphere. This coronal hole has prompted space weather forecasters at NOAA to give us:

… a 75% chance of G1-class geomagnetic storms on April 13 when a solar wind stream is expected to hit Earth’s magnetic field.

A minor CME from sunspot AR2529 could deliver a glancing blow at about the same time, further boosting the odds of storminess.

High-latitude sky watchers should be alert for auroras. 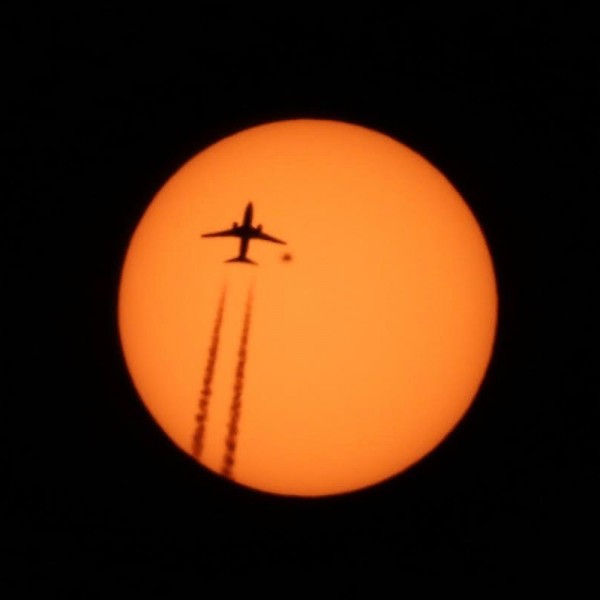 Alexander Krivenyshev wrote on April 13: “Airplane high above over Manhattan passes in front of the sun with
sunspot AR2529. Pictures were taken from the 25th floor of the apartment … hard to do as the 25th floor has lots of vibration for the camera.” 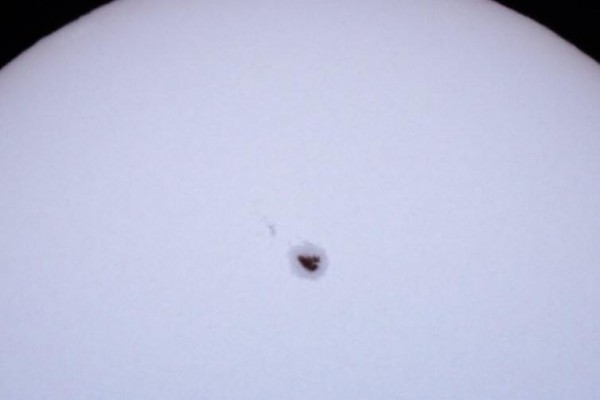 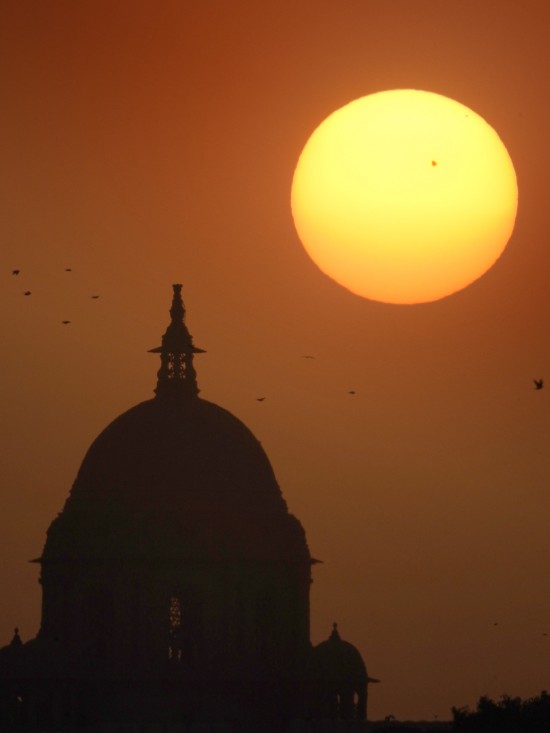 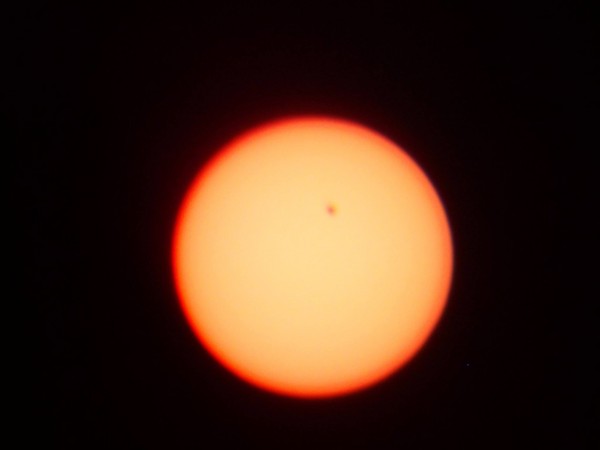 Sunspot AR2529 from Tucson as captured by Jonathan Schieffer. 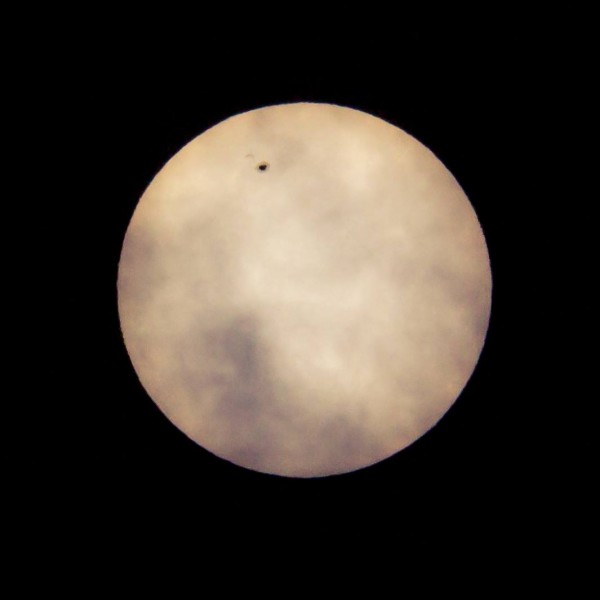 This animation from NASA’s Solar Dynamics Observatory shows how AR2529 has appeared to move across the sun’s surface. In fact, its movement is due to the sun’s rotation. Image via NASA/SDO.

The video below is from MyNikonP900Zoomz on YouTube. And, although, it may be true that AR2529 is visible to the unaided eye at sunset, it’s really not wise to give that a try! Even at sunset, looking at the sun with your unaided eye can result in permanent eye damage. Nice video, though!

Bottom line: On a relatively quiet sun, a large sunspot seems particularly noticeable! Giant sunspot AR2529 is now facing Earth’s way and should be visible for another week or so.