The Milky Way rising over the famous buried “ghost tracks” on the beach at Cape May, New Jersey. 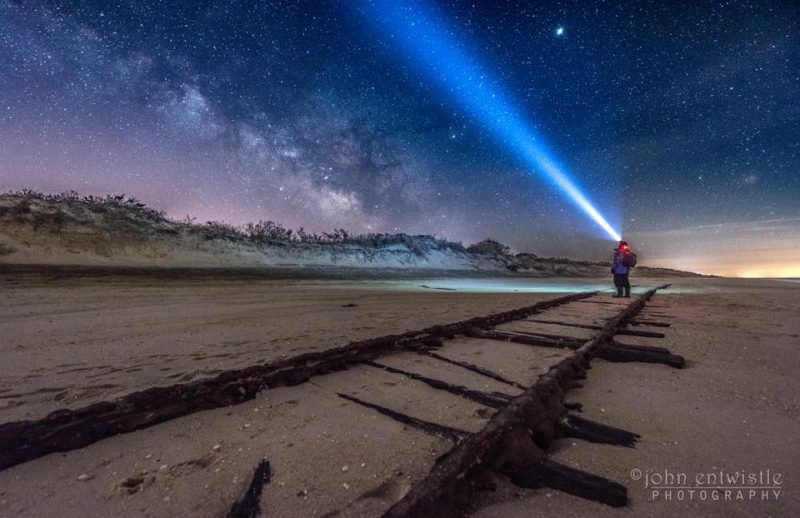 John Entwistle captured this image on March 16, 2018. Here’s what he said about it:

The Milky Way rising over the famous buried “ghost tracks” on Cape May beach early this morning, Jersey Shore, New Jersey. The old railroad tracks, which were used in the early 1900s to transport goods, recently became exposed due to the nor’easter storms.

This is a single 20 second exposure to capture the details of the Milky Way. I stood at the end of the tracks with a headlamp to create this shot.