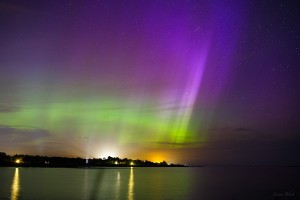 I headed out around 10pm and drove over to the ocean to see if I could spot some auroras. Needless to say, I was not disappointed!! I’m left speechless every single time I see these amazing displays of beauty that nature provides. The cosmos never ceases to make me feel completely humbled

Thank you! Your submission has been received!
Oops! Something went wrong while submitting the form.
END_OF_DOCUMENT_TOKEN_TO_BE_REPLACED