Storms on the sun sent giant plasma clouds across space, which interacted with Earth’s magnetic field. See photos of this week’s fabulous displays of auroras. 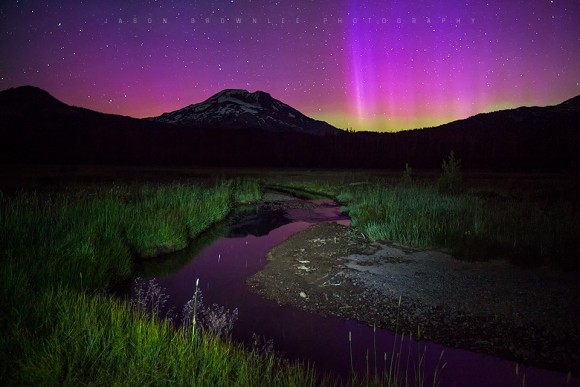 Soda Creek, South Sister and the aurora borealis from early this morning (6/23) in the Cascade Mountains of Oregon.” Photo: Jason Brownlee

Storms on the sun sent charged particles across space that interacted this week with Earth’s magnetic field. We got reports from as far south as the U.S. state of Virginia and similar latitudes of beautiful auroral displays! Thanks so much to all who shared their photos with EarthSky. 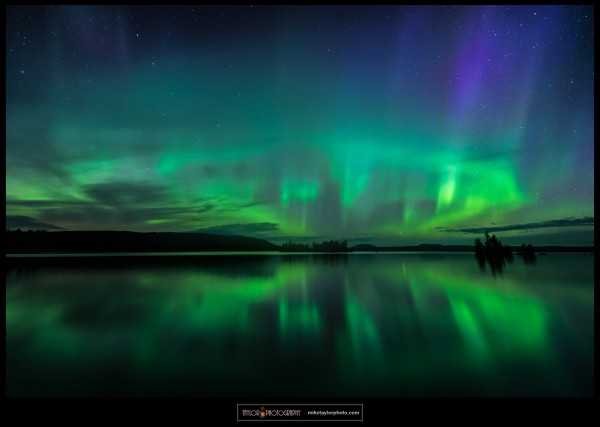 Mike Taylor of Mike Taylor Photo went to Moosehead Lake, Maine to watch the show. He wrote: “A huge green arc with dancing spikes, pulsating waves of light that stretched overhead and over 180 degrees across the sky. At a few different points it was a variable rainbow of colors. All of this was being perfectly reflected in the smooth-as-glass water right in front of us. The show started just before 10 p.m. It ebbed and flowed through the night until almost 3 a.m. – this was easily the longest and most impressive aurora display we have witnessed.” 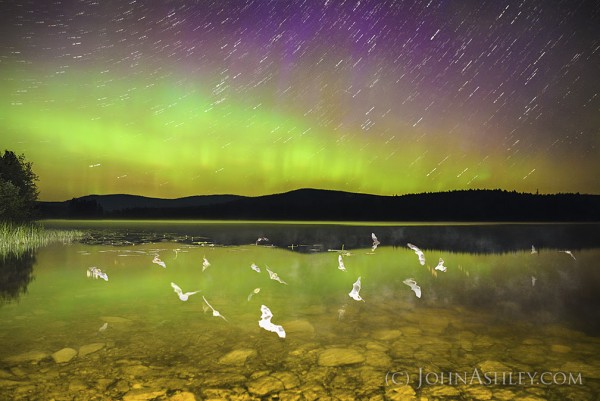 John Ashley in Montana captured the images to make this composite on the morning on June 23. He wrote: “Just a dull green arc until about 2 a.m., then colors and shimmering ramped up for about an hour. Meanwhile I was entranced by the sound of wing beats from 10-20 bats foraging over the water close to me. This image is a combination of several frames of long exposures for the aurora with a flash pop for the bats at the beginning of each exposure.” 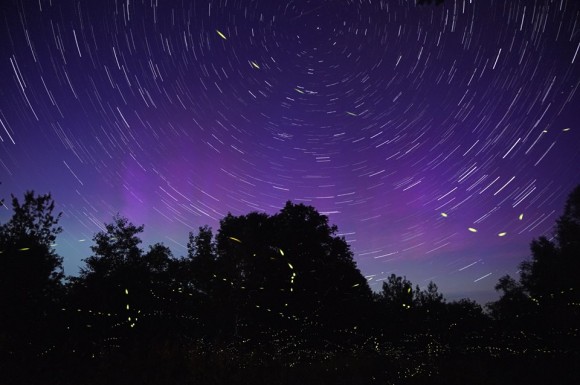 Fireflies and aurora, June 22 in Milo, Maine. Wilderness Vagabond wrote, “This was the best display I’ve witnessed yet, with streams of light flowing upwards from the horizon to the zenith at great speed, like a rushing river.” 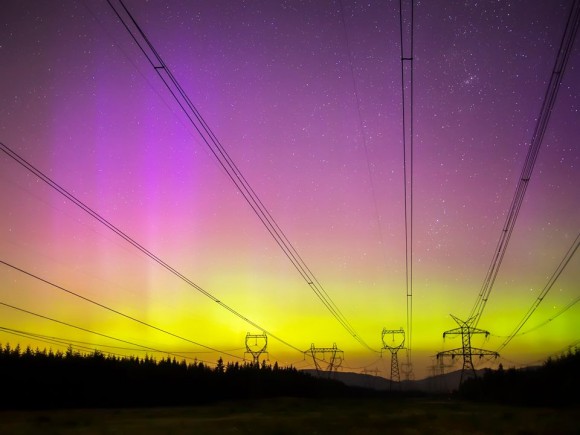 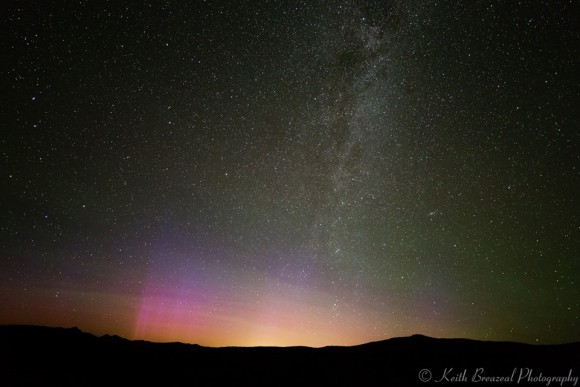 “Auroras from Echo Summit (south of Lake Tahoe, California) on Tuesday morning (6/23) at 2am. The entire sky was filled with color in this 25 second exposure. The auroras were faintly visible as a dull glow with the naked eye,” by Keith Breazeal 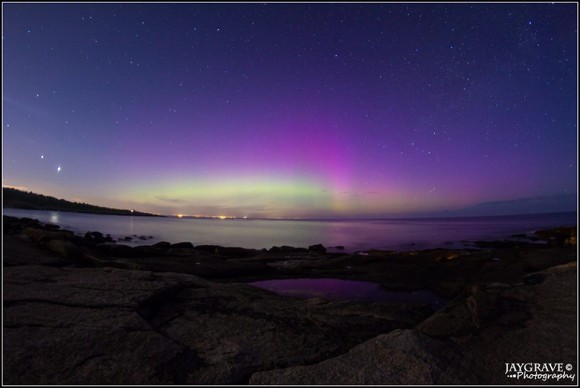 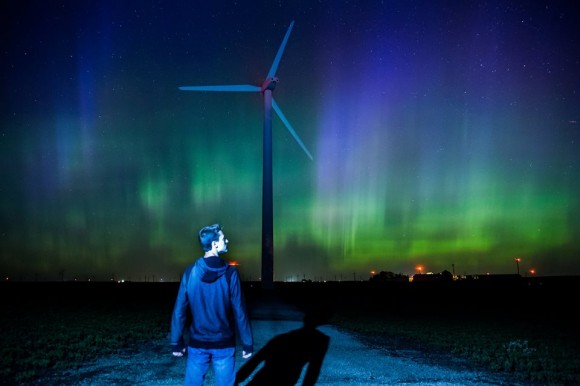 Jennifer Khordi wrote on June 22: “Tonight’s amazing aurora display in the Catskills of New York. Was amazing to see the aurora this far south.” 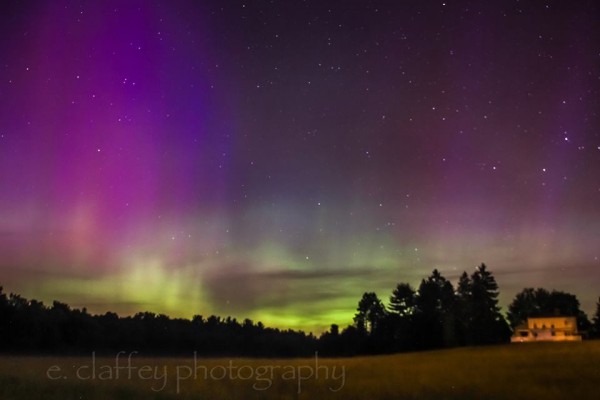 Eileen Claffey caught the June 22 auroras, too. She wrote: “Even here in Central Mass. Yippie!” 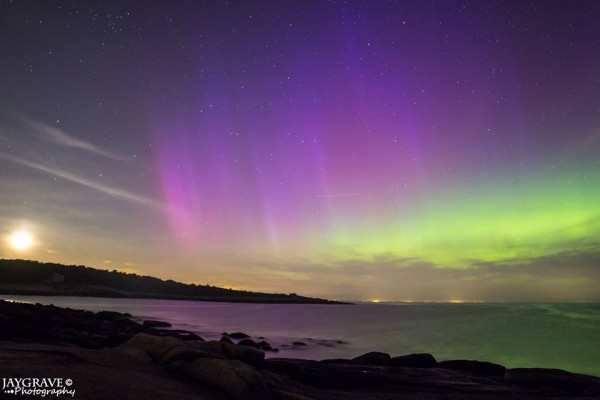 Setting moon and northern lights over Rockport, Massachusetts on June 22, captured by John Gravell. He wrote: “Took this a few hours ago … The sky was lighting up like I have never seen before! Such an amazing experience!” 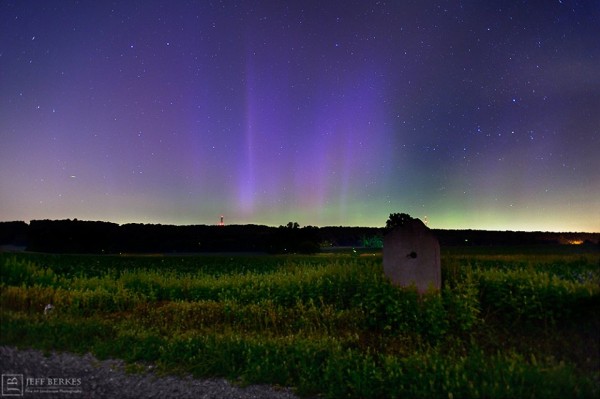 Jeff Berkes Photography wrote on June 22: “The Northern Lights were EPIC tonight here in Pennsylvania! The moon was setting off to the west and the northern lights were dancing across the sky in stunning fashion. I’m so lucky I had a chance to view this and the weather was clear. I watched them for a good 2 hours … “ 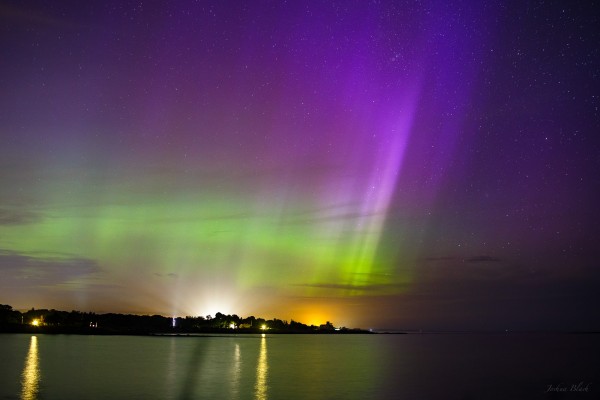 Josh Blash wrote on June 22: “I headed out around 10 p.m. and drove over to the ocean to see if I could spot some auroras. I was not disappointed!! I’m left speechless every time I see these amazing displays of beauty that nature provides.”

Aurora putting on a nice show now for the camera in central Virginia! @EpicCosmos @TamithaSkov pic.twitter.com/8H8El4nQB3

Although there’s not much nighttime at far-northern latitudes now (being so close to the solstice, or time of the midnight sun above the Arctic Circle), some at very northerly latitudes reported beautiful displays of auroras last night as well. 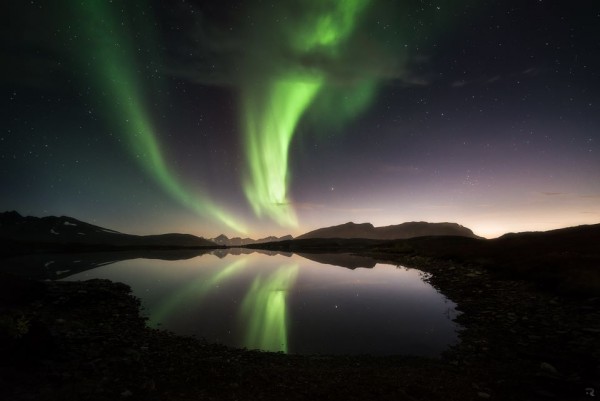 Art by T. Richardsen wrote on June 22: “The poetry of light. Aurora dancing over a still lake as the first hint of daylight is shining. Image captured in Sørkjosen, Troms, northern Norway.”

Bottom line: Storms on the sun sparked auroral displays on the nights of June 22 and 23, 2015. Best photos here.