The 2016 Geminid meteor shower peaks on the night of a full moon. Eliot Herman caught this early Geminid, emerging from its radiant point into a moonless sky. 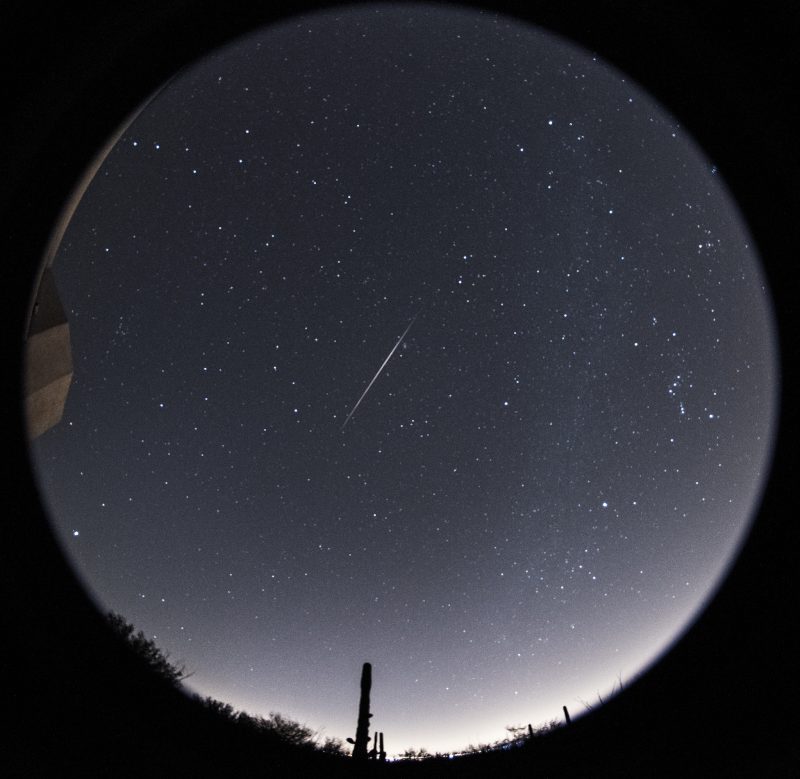 Peak night for the Geminid meteor shower in 2016 is December 13 (morning of December 14). Best around 2 a.m. Moonlight will surely interfere, but these meteors tend to be bright. Maybe you’ll catch a cool moonlit meteor photo! Eliot Herman caught this photo in a moon-free sky on December 9, 2016.