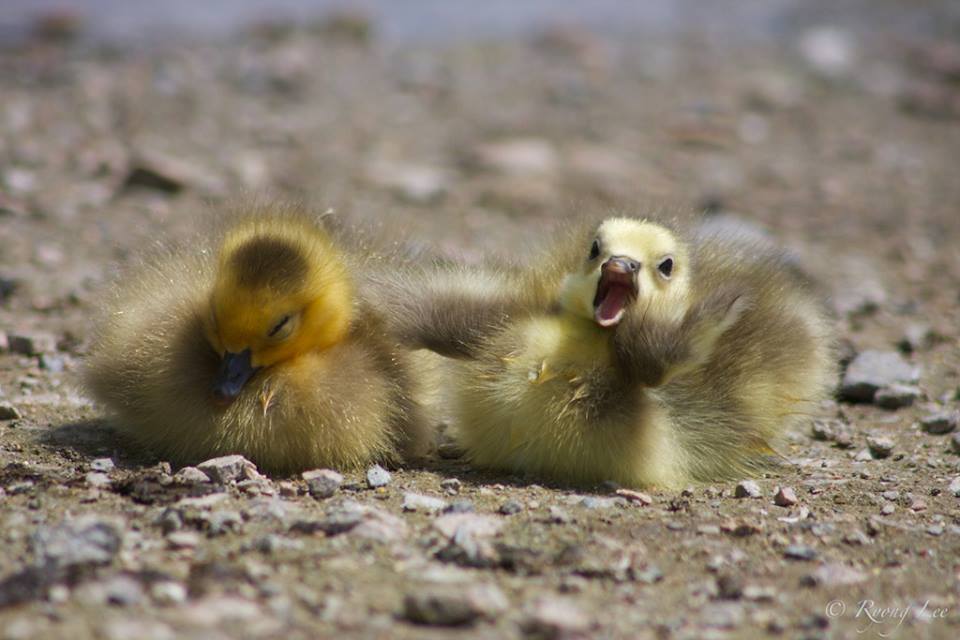 An adult Canada Goose (Branta canadensis) has a brownish-gray body, a black head and neck and white patches on the face. It’s a North American bird – native to Arctic and other high latitude regions – it’s occasionally found in northern Europe. This photo depicts two newly born Canada geese, spotted in Vancouver by our friend Ryong Lee.

A male goose is called a gander.

A female goose is (sometimes) called a dame.

A young goose is called a gosling.

A group of geese together on the ground is called a gaggle. How many geese does it take to make a gaggle? We haven’t found an authoritative answer on that; answers vary from at least 2 to at least 7.

A group of geese together in V-formation flight is called a skein.