Aww! An employee found this fox snoozing inside an Ottawa city bus on Sunday morning, July 20. 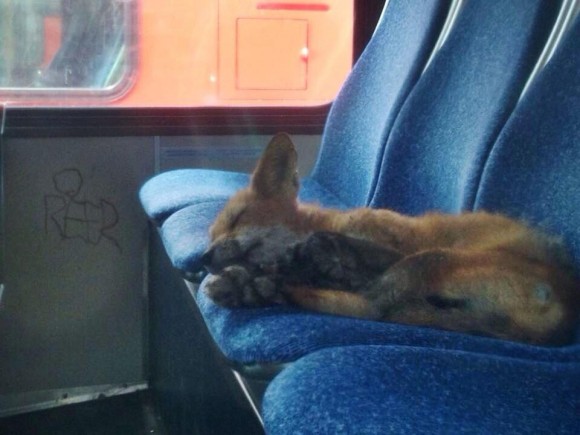 Photo via #busfox via the Twitterverse.

This little fox was found sleeping on one of the back seats of an Ottawa city bus Sunday morning. Cute, eh? Apparently, the bus had been parked inside a garage for maintenance, and the fox got inside through an open door. Employees of the bus company couldn’t help but snap a few pics, which have been making a big splash on Twitter this week. The transit company later confirmed the fox had left without incident, leaping out a window after a Humane Society representative and a policeman boarded the bus to get a closer look. They tweeted:

Fox snuck onto bus while it was parked at a garage for regular maintenance – fox left on its own following nap.

Via CTVNews Ottawa and @OC_Transpo