Four comets in one night

“Four comets in one night – an opportunity too rare to be missed.” – Zlatan Merakov 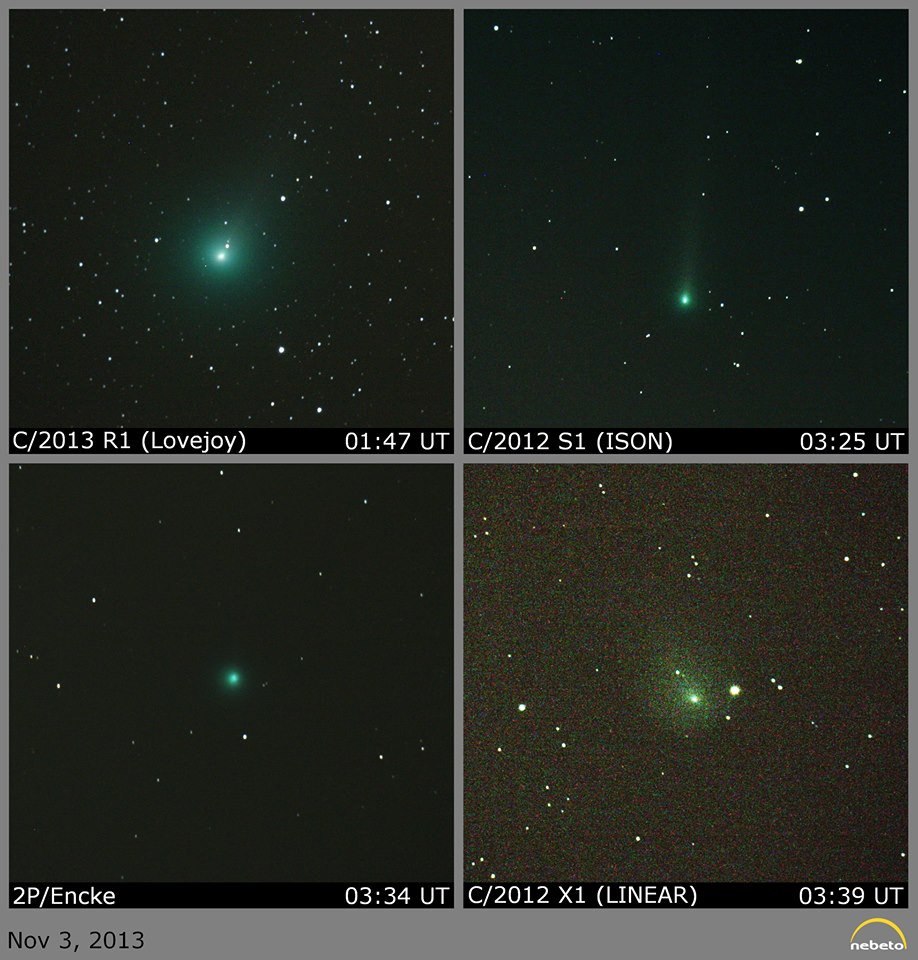 View larger. | Zlatan Merakov, who is a friend on EarthSky Facebook, captured these images of four comets visible now in Earth’s night sky. Thank you, Zlatan!

Zlatan Merakov in Bulgaria created this collage of images of comets, four of them, seen in a single night. Using a telescope, he captured all four images in one night in early November 2013.

And it wasn’t just a one-night event. In fact, several of these comets will be visible for some weeks or months to come, to amateur astronomers with telescopes and binoculars. At least one of these comets, Comet ISON, and possibly two of them – ISON and Comet Lovejoy – may become visible to the eye alone later this year. We hope so!

Why are there so many comets in Earth’s sky right now? There’s no real reason; it’s just happenstance. Unusual, yes. Earth-shaking … scary … portentous? No.

The fact is, the more powerful your telescope, the more comets you will see. On September 10, 2013, astronomy educator Stuart Atkinson at the blog Cumbrian Sky wrote about the apparent plethora of comets visible to amateur astronomers right now. He wrote:

Ok. The thing is, on every day of every week of every month of every year since the formation of the solar system, all those billions of years ago, there have been comets drifting around and passing Earth. They are always there, ALWAYS there, out in space. They’re as natural a part of our world as the planets, clouds and kittens. Astronomers who observe the sky don’t get excited about comets because there are so many of the damned things! It’s like a birdspotter getting excited about blackbirds, or thrushes.

Occasionally a comet is found with unusual properties, or an unusual orbit, and then the ears of astronomers prick up, especially if orbit calculations show the comet might become visible to the naked eye.

Because most comets don’t. Most comets never come anywhere near the sun, or the Earth, so never get bright enough to be seen without a good-sized telescope. ISON is unusual because it will get very close to the sun, and relatively close to Earth, and it has the potential to become a bright object later in the year. But it might not. We don’t know yet. 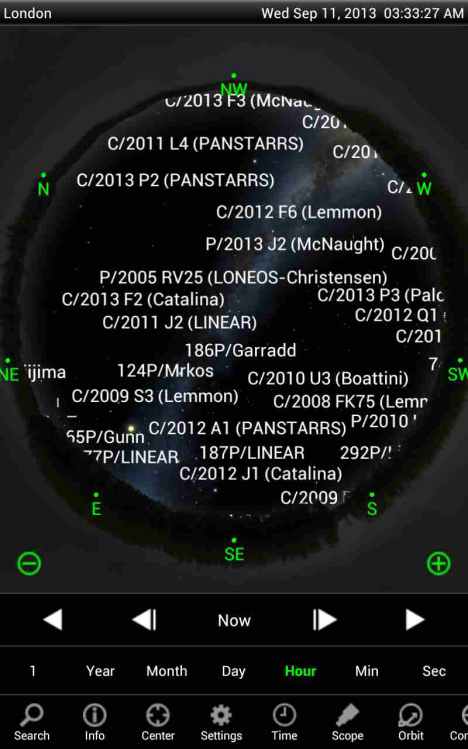 Stuart Atkinson at the blog Cumbrian Sky created this illustration of the sky on a single night, at a single time of night, to show us all how many comets are actually up there at any given time. Illustration via Cumbrian Sky.

Atkinson goes on to express extreme frustration at the nutters, as he calls them, who think that these comets mean something. Swarm of comets heading toward Earth? Omens of disaster? Sign from the gods? Nope. Just a natural and normal part of life on Earth, at a time in history when many people have telescopes large enough to locate comets.

Thank you, Zlatan, for the great collage of comet images, and thank you, Stuart, for the comet illustration and your words of wisdom!