Because of the small size of water droplets in fog, a fogbow might have only very weak colors, or no color at all. Colorless fogbows are sometimes called white rainbows. 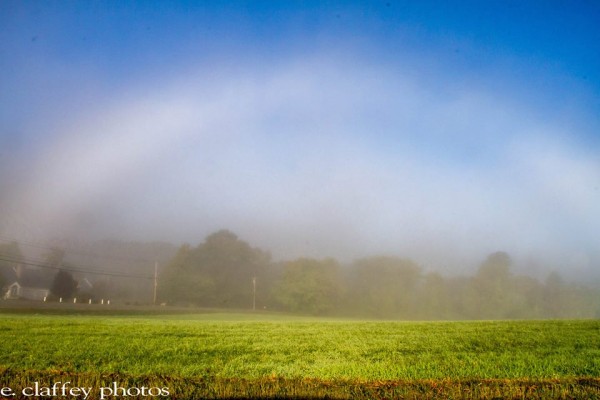 EarthSky Facebook friend Eileen Claffey captured this fogbow over a field in Massachusetts yesterday (September 17, 2014). She said it appeared as the fog was lifting over a field.

Fogbows and rainbows are made from the same configuration of sunlight and moisture. That is, you see a fogbow in the direction opposite the sun. But fogbows are caused by the small droplets inside a fog or cloud rather than the larger raindrops that cause rainbows.

Or watch over the ocean; Eileen mentioned a lake was nearby, in the case of the fogbow shown here.