An early ascent to the summit of Mount Hood on June 1, 2013. Fog blocked the view, but set the stage for a beautiful photo. 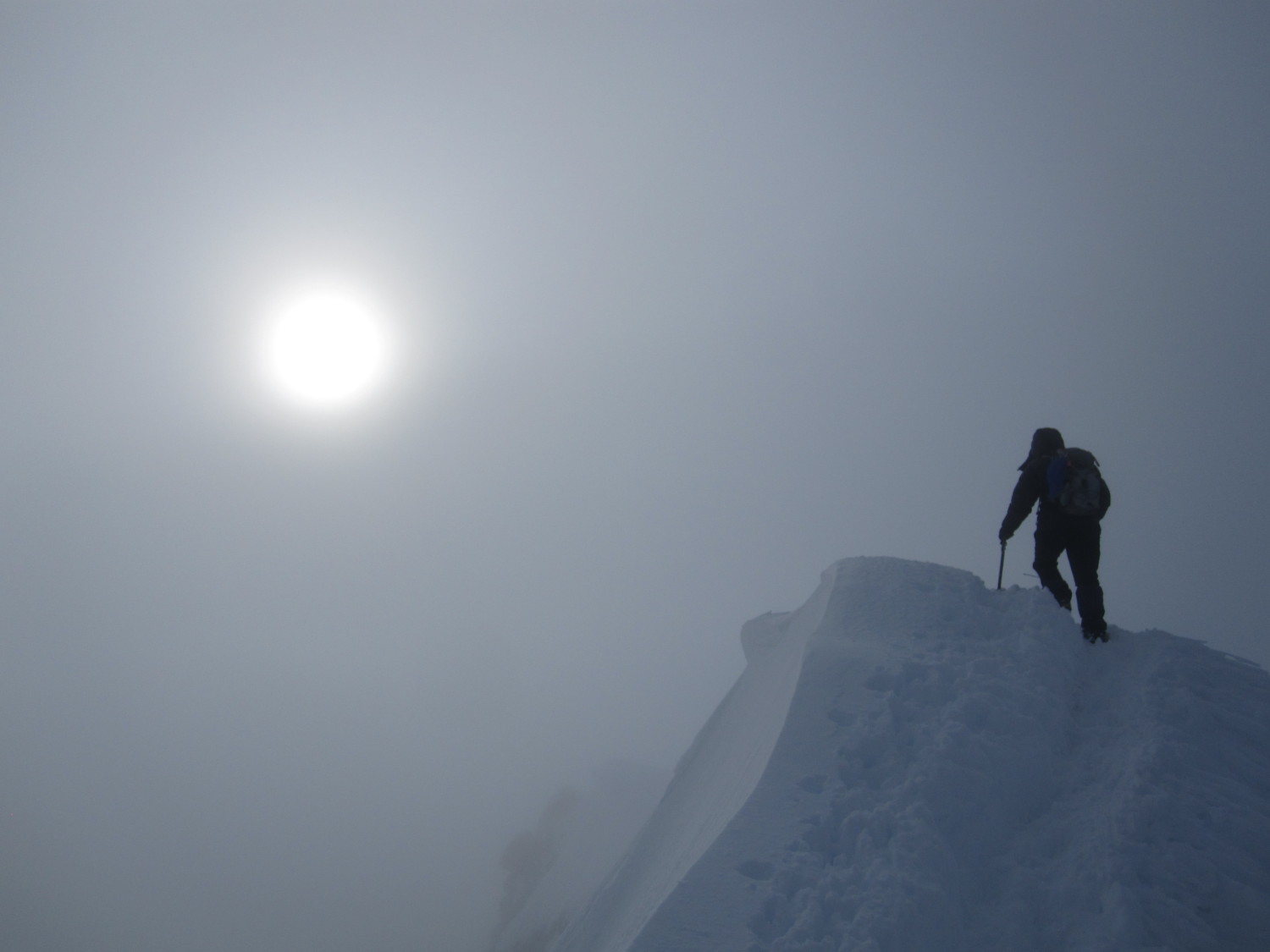 The time of this photo was 7:15 a.m. Date June 1, 2013. An unknown climber was just in front of Thomas Poremba and his wife Becky on their way to the summit of Mount Hood in Oregon. We asked how they got to the summit so early in the day, and he said:

The reason for the early summit is we started from Timberline Lodge ski resort (6,000 feet) at 1:30 am. Wanted to summit at sunrise. This is called an alpine start (starting in the dark).

We had waited 10 days to make the attempt because it rained/snowed that whole time. Finally, we had a window on June 1.

Mount Hood is 11,239 feet. We were just short of the summit in this photo. Fog/cloud rolled in and made for some great photos … 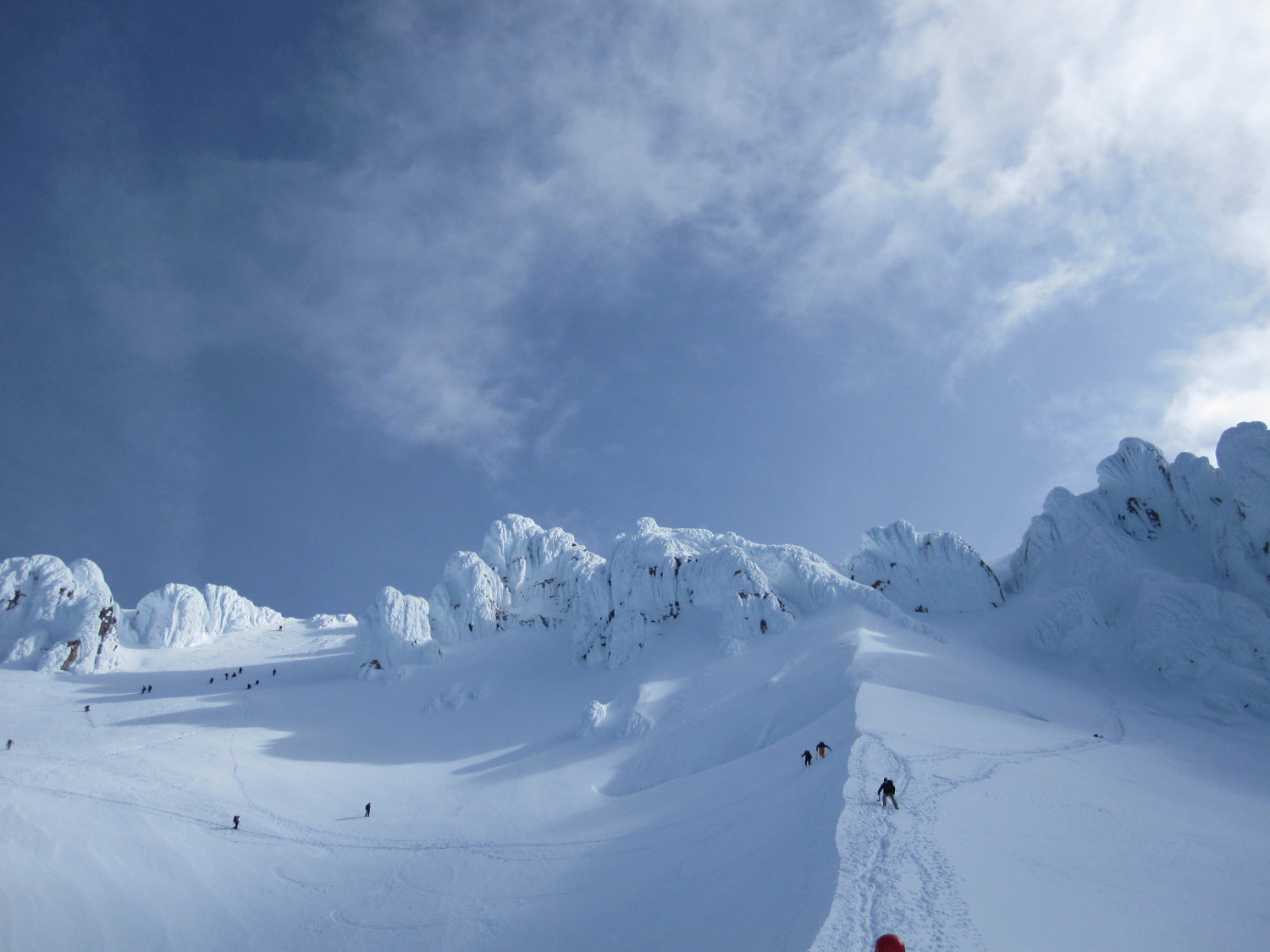