In this image from Great Barrier Island, New Zealand, 2 flax flowers point to the Small and Large Magellanic Clouds. 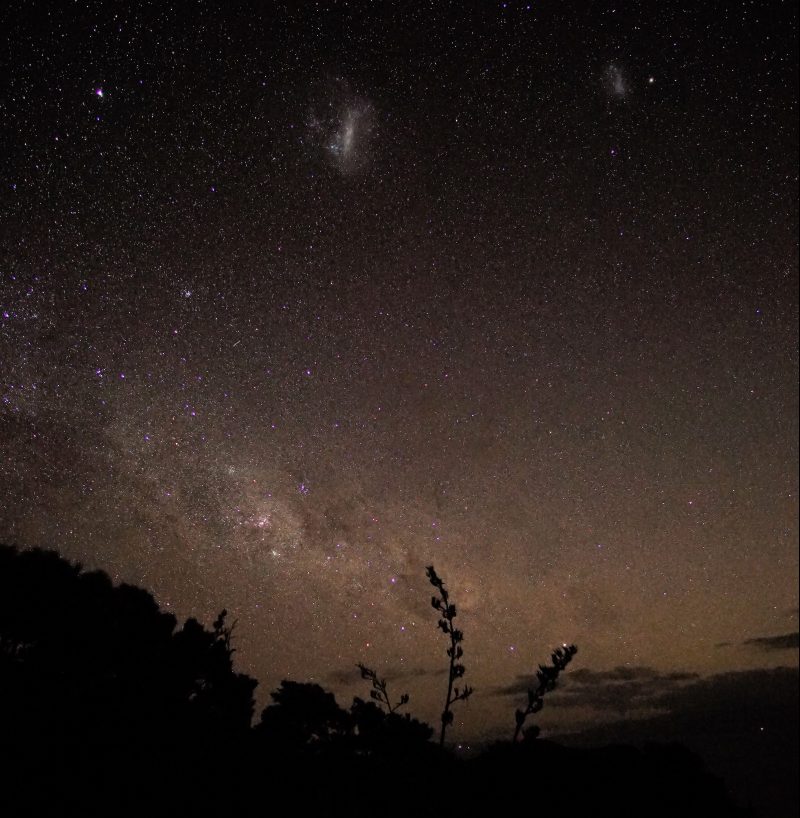 Great Barrier Island has just been declared a Dark Sky Sanctuary by the International Dark Sky Association in 2017. Only 90 kilometers (56 miles) away from New Zealand’s capital Auckland, the island doesn’t suffer from light pollution as it’s completely off-the-grid: a great place to have a dark sky experience.

This photo was taken just after astronomical twilight had started. Two flax flowers are pointing to the Small and the Large Magellanic Clouds.

The Small and Large Magellanic Clouds look like two hazy patches in the skies of Earth’s Southern Hemisphere. They are satellite galaxies to the Milky Way, orbiting around it. Learn more about them here: