Researchers have been adding seeds to the Svalbard Global Seed Vault – or Doomsday Vault – since 2008. Now, for the first time, they’ve taken seeds out. 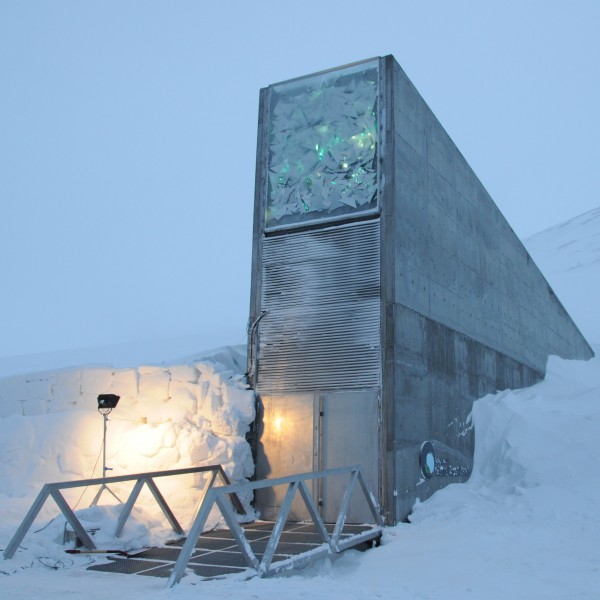 Earlier this month (October 19, 2015), seeds deposited in 2012 from war-torn Syria became the Svalbard Global Seed Vault’s first-ever withdrawal. The seed vault – located in Norway, sometimes called the Doomsday Vault – was built in 2008. Since then, researchers there have been storing containers of seeds from all parts of the globe in the vault, and this is the first time they’ve removed seeds.

According to the seed vault’s website, all seed samples in the vault remain the property of the gene banks that deposit them. A nonprofit organization in Syria had originally stored the seeds in the Arctic vault. The International Center for Agricultural Research in the Dry Areas – which promotes agriculture in developing countries – ran a major seed bank near Aleppo, Syria until 2012, when rebel forces took over that area.

Before the nonprofit shut down its Aleppo operation, researchers there were able to transfer thousands of seed samples from Syria. Some were stored in the Svalbard Global Seed Vault.

Now, researchers have taken 38,000 seeds back out of the vault. On October 19, the seeds were delivered to Lebanon and Morocco, where the nonprofit will continue the research started in Syria.

This was the first of what they say will be “several shipments” over the next few years.

The 138 black boxes stacked on trolley carts and transported out of the vault contained a precious resource — seeds, that researchers hope will restore some of the genetic diversity lost during the Syrian conflict.

Visit the website of the Svalbard Global Seed Vault.

By the way, earlier this year, a new documentary film about the Svalbard Global Seed Vault opened in theaters. It tracks the history and mission of the vault and its founder Cary Fowler. It’s available on iTunes and Netflix. Read more about the documentary. Trailer below.

Bottom line: The Svalbard Global Seed Vault – sometimes called the Doomsday Vault – opened in 2008 for the purpose of storing seeds. Researchers have been adding seeds to the vault since then, but this month – October, 2015 – for the first time, they withdrew seeds from Syria that had been placed there in 2012.