First humans on the moon

Were you alive when this happened? Can you remember how exciting it was? 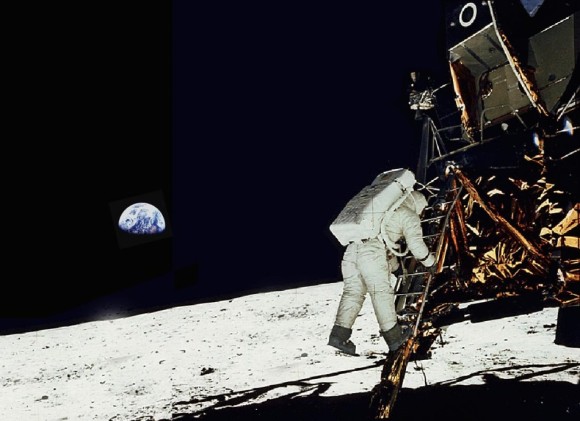 Apollo 11, when the first humans walked on the surface of another world. Image via NASA.

NASA’s Apollo 11 mission in 1969 took the first humans to the surface of the moon. They landed on July 20, 1969. Millions of earthlings watched on television as Neil Armstrong and Buzz Aldrin (pictured) climbed the ladder from their lunar module to the moon’s surface.

Don’t believe it? Try this video: Why the Apollo moon landings could not have been faked.