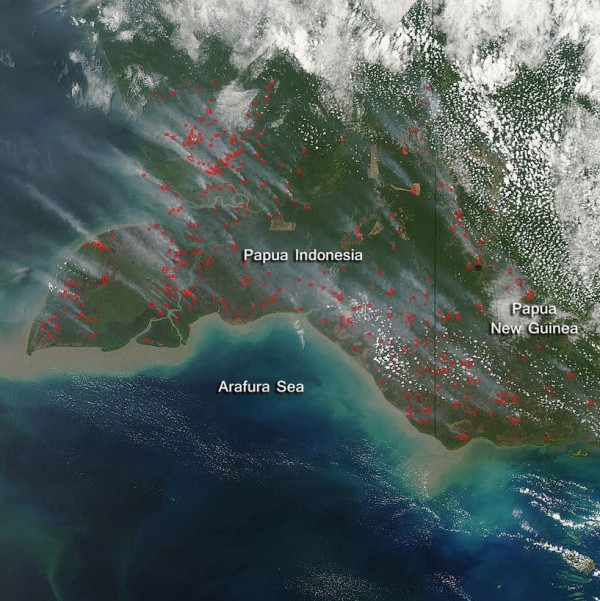 Over the past month, Indonesia’s annual forest and peatland fires have been in full swing. Last week, winds sent smoke into other parts of Southeast Asia. Such intense smoke poured into Singapore that schools were closed. The Washington Post reported:

As fires from nearby Indonesia intensify, Singapore’s air quality has approached hazardous levels, sinking the city into a thick gray haze. The pollution — that has reached its worst level this year — prompted officials to close all primary and secondary schools on Friday and distribute anti-pollution masks to the city’s most vulnerable.

By Saturday, though, the winds in Singapore had changed … at least temporarily. 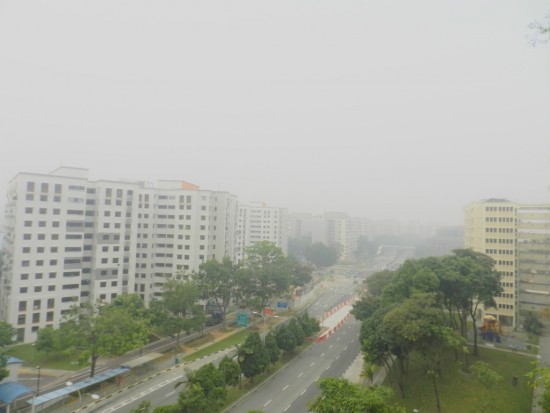 Singapore on September 24, 2015. Photo submitted to EarthSky by A. Kannan in Singapore. By Saturday, he said: “Surprisingly, possibly due to the change in wind direction, the haze was blown away. But the situation may happen again if wind conditions change.” 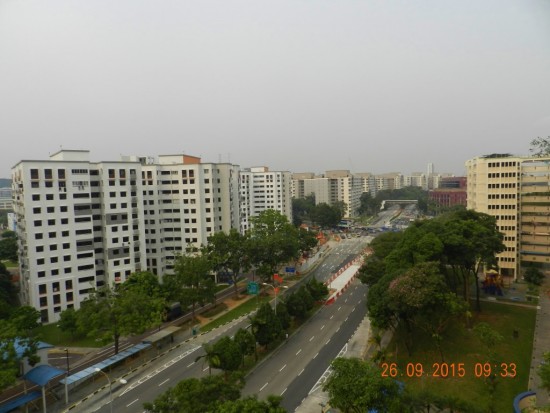 … human activities in [Indonesia] have contributed to the growing fire emissions issue. Palm oil is increasingly grown for use as a cooking oil and biofuel, while also replacing trans fats in processed foods. It has become the most widely produced edible oil in the world, and production has swelled in recent years to surpass that of soybean oil. The environmental effects of such growth have been significant. Land has to be cleared to grow the crop, and the preferred method is fire. The clearing often occurs in drained peatlands that are otherwise swampy forests where the remains of past plant life have been submerged for centuries in as much as 60 feet of water. Peat material in Borneo, for example, stores the equivalent of about nine years worth of global fossil fuel emissions. Indonesia has become the third largest greenhouse gas emitter after the United States and China, due primarily to these fire emissions. With an extended dry season, the peat surface dries out, catches fire, and the lack of rainfall can keep the fires going for months. 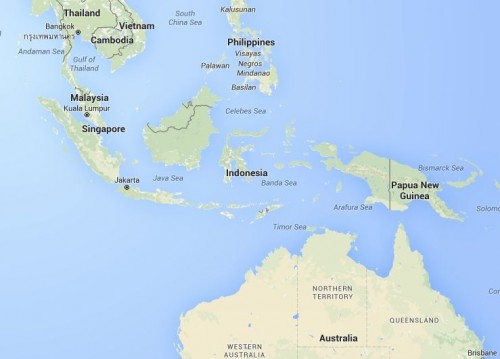 Bottom line: Indonesia’s annual fires this year have sent smoke into other parts of Southeast Asia, including Singapore, where schools closed late last week due to air pollution. The fires are set as land is cleared to grow crops. Indonesia has become the third-largest greenhouse gas emitter after the United States and China, due primarily to its fire emissions.